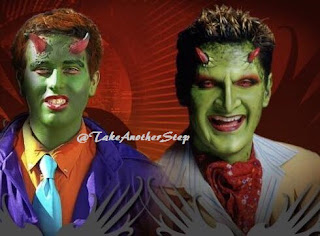 The only time he'll remove his glasses other than for sleeping and showering is to have his picture taken on Halloween.

It is always amazing to me just how many other things, clothes, tags, textures, etc. bother him but he will sit though all of this! When he wants to be a character, he wants to go all the way. Loving Halloween as much as I do, I'm perfectly willing to oblige.


No, I did not notice that I put one horn on upside down until I looked at the pictures later.... #MyBad


Lorne was a continuation of our "Angel" theme.

Other notable characters include:

2009 - Spike, but specifically Spike from the "Smile Time Episode" where Angel is turned into a puppet, 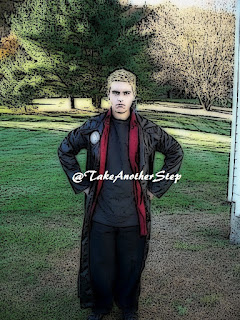 This was the very first year that DC was able to participate in the Halloween Parade at his High School. He was so excited to march that he jumped the gun and was marching half a field ahead of the rest of the students proudly waving his Angel puppet.
This photo was taken as we where trying to get his attention to tell him he had to wait for his class. 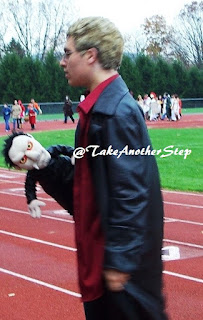 "You're a bloody puppet! You're a wee little puppet man!" 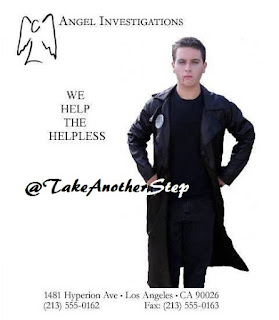 "We help the helpless"


From Face Book Page Statuses at Take Another Step