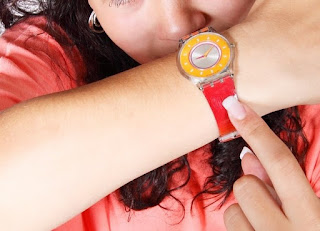 One of my pet peeves, is scheduling an appointment with the doctor and then being told during your confirmation/reminder call to arrive 15 minutes prior to your scheduled appointment time for paperwork purposes.
Why can't they just schedule the appointment 15 minutes earlier instead of throwing that at you during the confirmation call?  If you want me there at 9:45, then schedule my appointment for 9:45. I really do not need to play mind games about what time I really have to be there.
Why doesn't it work that way?

DC had an eye doctor appointment this morning at 10 am (it was THIS morning when I started writing this. But let's pretend that I did not totally forget that I was writing this - 'Kay???) This is a relatively new eye doctor for us and only our second visit; the last being over a year ago, so I really am not used to or remember their procedures.

This office was recommended to me when I "decided" I had had enough of his last eye doctor (more about that in Part 2). When we arrived for that first appointment, we were told that their computers were down and that they could not even get a schedule of their appointments for that day. They had no idea who was coming in, at what time and for what reason.....

We just had to sign in and hope for the best.

His appointment went smoothly and they gave him a new prescription - perfect.

One year later, when I received the confirmation call (recorded) on Saturday, confirming his 10 am appointment, they also said to..... 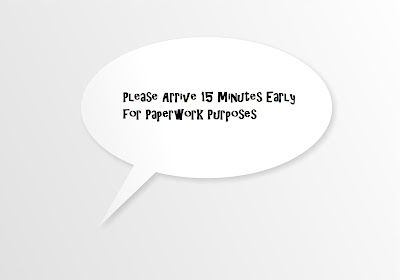 "Please arrive 15 minutes early to complete your paperwork". Grrr. Now, 15 minutes may not seem like all that much time, but in my life, it's a big deal and of course changes my whole schedule.

Arriving at 9:45 as requested, I found myself filling out the same paperwork that I had filled out at our first appointment and being told that they had no record of his first visit other than the fact that he was there. Nothing apparently had been "scanned in". - Those pesky computer issues.

Listen, I am old and tired and seriously have no patience for anyone other than DC anymore, so this was not making me happy at all.

As I was filling out said paperwork listening to DC stim loudly ("waiting, waiting") I noticed that the time "10:15" was written on the top of one of the pages.

When I went to return the paperwork, I asked what the 10:15 was for. The reply? "That is the time of your appointment".

So..... they scheduled me for 10 am (adding the extra 15 minutes like I wished everyone would do ahead of time), but never mentioned this to me (or to the people making the confirmation calls) and called to confirm my 10 am but still asked that I arrive 15 minutes early for paperwork purposes!!!!

Through my teeth, as I have grown very skilled at speaking through a clenched jaw, I "explained" this to her. She replied - "Well, that's all right that you are early" (There is nothing I dislike more than when someone screws up - and screws up with my time - and then tells me it's alright!)


Now practicing the art of "yelling" through a clenched jaw...... "That's not all right!!!! We are NOT early, we arrived here when we were told to arrive! There's a lot I could have done in the half hour I will now be sitting here"....

The receptionist kind of just looked at me and said, "Oh no, you'll go in as soon as I enter your paperwork" - which took until just about 10:15.

Given the story that will follow in Part 2, I suppose the added half hour and having no record of anything; the new prescription - nothing - except the fact that he was there still might qualify as a step up???