Please Stand By: a review from one side of the spectrum 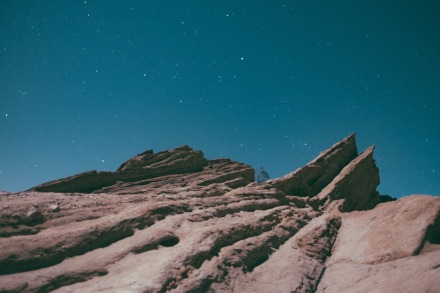 Let me just say that I do not watch all that many autism related movies or TV shows. I write about my son’s autism and of course my son and I live it, so I do not necessarily feel the need to watch everything that hits the airwaves that either has an *autistic character or is about autism in general.

Why do people act as if I (or any of us) am/are "performing under par" or not living up to our "parental duties" by not watching every single thing that comes out involving autism?? Are they afraid we will miss out on learning something life-changing????

Honestly, I am not 100% certain that I would have bothered to see “Please Stand By” if it were not the topic of a #MomsGoingBoldly pod cast.

there was Star Trek…….


When I do decide to watch something centering around an *autistic character, I cannot help but to compare it to my own son. Although I am happy that there seems to be a trend in featuring autism or disabilities in TV and movies recently, I am disappointed that these characters always seem to be at the same or around the same level on the spectrum, once again giving the general public a skewed/one sided idea of autism, in my opinion.

That being said and comparisons aside, I will say that:

I thought the movie was cute in parts.

I thought the movie was funny in parts.

I thought the movie was full of anxious (although very predictable) moments.

I also thought it was quite ridiculous in parts.

THE most ridiculous part of the movie for me - without giving away particulars, was when Wendy comes across a police officer who, as it turns out was one of the very few people in this movie who seemed to understand her and seemed to know how to approach her. Both having Star Trek in common, I thought the whole exchange would have been more realistic if he tried to relate to her by talking about Star Trek, the characters or episodes. The way he does relate to her certainly went right along with the Star Trek theme, but was totally over-the-top unrealistic. I think the whole encounter would have been much better served by a more realistic encounter.

It is difficult to write about this movie without getting into specifics or giving away spoilers but I will try my best not to give anything away that would ruin the movie for anyone who has not seen it yet. Of course, there were some behaviors and mannerisms of Wendy’s that I could relate to with my son:

The rules. She lived by many rules. These rules were made to help keep her safe and to help her navigate the world in and outside of the group home.


In our life there are rules; the normal every day rules that everyone lives by BUT when it is clear that my son does not understand something and no amount of teaching or explaining will make him understand, I have to make a rule. There are no gray areas for him, so I have to be very careful what I tell him or about the rules I make.

A small example (there are thousands) would be when I was teaching DC to get into the house, lock the door and call me, in the event that he arrived home before I did. I had to teach him to lock the door and not to open it for anyone.

Just as "maybe" is not a word, there are no gray areas. Giving him exceptions to these rules only causes him confusion and squashes his ability to follow the rule at all.

The Routines: I have always gone out of my way NOT to live in a routine because I felt it helped him to adjust to changes and to be a little bit more flexible in his day to day. This is not to say that DC does not invent routines in his head and this is not to say that he does not follow these routines to the letter as Wendy recites and follows her routines.

The repeating of words or phrases: Wendy tends to repeat words and phrases as a mechanism to calm herself down. My son does this quite often. Loudly when he is anxious and barely audible when he is aware that he is becoming anxious and is trying to calm himself before it it escalates into something bigger.

What I liked:
I loved that Star Trek at times helped her to figure out things and the way she related it to herself and her life. Her script helped her to cope and continue on in her journey. There were other times that I thought that her script and the specific actions of a particular character were a small peek into her mind and her hopes and dreams for herself.

I loved that she loves Star Trek.

DC is very aware of Star Trek, mostly because he has me for a mother. He recognizes the characters and he certainly has his favorites. I am not sure that he understands that his favorites are all on different series or that there are many different series. Star Trek is Star Trek; it is all one big show to him.

What I did not like: This is difficult, as I do not want to give away plot points, but the biggest and most glaring bone of contention for me were the sensory overload and meltdown issues.
I am going to use an example from the TV series, Atypical to help state my case so as not to give particulars away from this movie.

There is a scene in Atypical where the mother is going to the mall and does not want to take her son because of a previous meltdown. Not that I agree with her, believe me, I do not - but that is another story (not a fan of the mother). Because he really wants to buy new clothes for a dance, he seems to have no problem with the noise, lights and crowds that caused him to have the meltdown the last time they were there. I am certainly not saying that a meltdown one day will lead to a meltdown under the same circumstances another day and obviously we can teach coping mechanisms and ways of helping to manage the over stimulation, but in both cases; Atypical and in a few instances in Please stand by, I felt it left the viewer with the impression that if something was important enough to our children, they will find a way to overcome the sensory issues that sometimes leads to a meltdown.

Yes, that may be the case some of the time and of course, we hope our kids will be able to figure out how to manage sensory overload, but the reality is that this is something that cannot always be controlled. It is not a choice.

I felt that the way it was presented could make the average viewer believe that all of this can be controlled all of the time, much like the people who tell us that “he will eat it if he’s hungry enough” – we know this is not the case.

If you want to watch a feel-good, made for TV type, Hallmark-ish movie about Autism and Star Trek, this is your movie, but please keep in mind that this is ONE person and ONE view of autism. There are many other sides – which is why we call it a spectrum.

Please note: I am writing this post the day before we record the pod cast, so much of what I am saying here may be included in the recording. This post will not publish until AFTER the pod cast is published so that I can add a link to it (Shameless plug: Moms Going Boldly). I also want to make clear that my opinions here, may be vastly different or not very different at all from Elizabeth’s opinions because, of course we are two mothers with two very different children and that is the point, isn’t it? I cannot say this enough: This character is ONE person with autism and does not reflect every person with autism.

There is so much more to discuss and I am hoping we will have the time to cover all of it - Be sure to give it a listen.

*Autistic: From ASAN - Identity First Language ~ "In the autism community, many self-advocates and their allies prefer terminology such as “Autistic,” “Autistic person,” or “Autistic individual” because we understand autism as an inherent part of an individual’s identity -


This blog is used for shorter posts, off topic posts and also for longer Facebook statuses. Please visit my official blog site at: Taking it a Step at a Time
Posted by Vickie at 9:20 PM