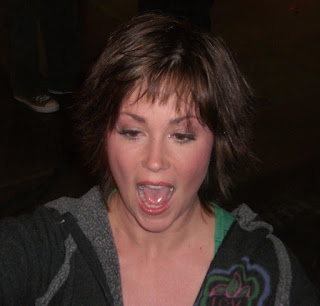 Apparently DC's psychic abilities extend further than just knowing where the food is hidden or when I have been to the store.........

Just a few days ago I purchased tickets for the Supernatural NJ Convention. DC knows the show and met a few of the cast at the Rhode Island ComicCon a while back,  so it will not be totally boring for him and we will be able to spend one of the weekend days in New York City; his favorite place. A Win, Win situation for us (except Doug, aka *"Except This Guy" who just hates these things.  But, now that I think about it,  "Except This Guy" will find quite a lot of joy in walking around mumbling under his breath and making fun of me, so I guess it IS a Win, Win for all involved)

I did not mention this to DC, because it is not until September and as you may or may not know - I will not hear about anything else until we go. I did not even write it on the calendar for the same reason.

This morning out of the clear blue sky he yelled:

Now, it is not really odd for him to spout random things at me out of the clear blue sky, but usually it is about a princess or a movie line.

First I thought he was talking about meeting my friend "Jenni-FAR" and her boys, one of whom is named Zack. He does call them Zack and Cody each time he mentions them before he remembers that Zack's brother is not named Cody.

Last year we went to New York for StarTrek Missions and although he had a good time, he was disappointed at being in New York (did I mention.. his favorite place) and not walking around the city to visit his favorite places.
Because of that, we promised to take him back to New York another time to do "DC stuff" - that was exactly what I called it.

We did take him back there a few weeks later to do his "DC stuff", with a quick detour at the Star Fleet Experience at the Intrepid.

I know. It was supposed to be DC's day but it was there, people! If you know me, you know that I am not passing it up.

Anyway, given all of the above information I realized that somehow, some way he knew we were going. How? I do not know know!

Before thinking it through, I told him that we were going to the "Don't You Cry No More" Comic-Con in September and that Zack and Cody's mother is scheduled to be there. If we can find her, maybe he will get to meet her.

At this point, I should really know better. I am now the one who will be stressed out until then hoping she does not cancel or that we won't be able to find her there.

Twice before I told him about people that he was going to meet ahead of time and after stressing about why I decided to tell him ahead of time, he was able to meet both with no problems.

So here's hoping that it works out this time as well...

I am going to have to go through the list of attendees to find someone I can relate to something Disney-esk for him as a back up plan. 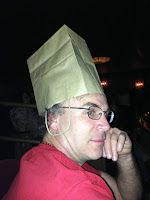 *Except This Guy - Star Trek Missions 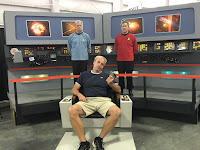 *Except This Guy - Shore Leave - Baltimore

Update: DC did get to meet "Zack and Cody's Mom" and it was better than I could have hoped for - See: Let's Talk About Kim Rhodes

Email ThisBlogThis!Share to TwitterShare to FacebookShare to Pinterest
Labels: #autism