Is it hot in here or is it just me? 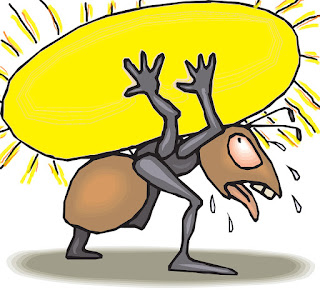 It was very early in August and I could not believe that DC seemed to be getting excited about the last day of camp as if he was willing it to be over. He loves camp and I did not understand why he wanted it to end so badly.

He started saying "This week, the last day of camp? Camp is over?" on Thursday the 4th.
I told him he had the following day and next week left.

"Next week, last day of camp? Camp is over?"

Yes, You went today and you will go tomorrow then Thursday and Friday next week. Next Friday is the last day.

I was confused because he loves camp so I tried to get him to tell me why he wanted camp to be over. Wasn't he having fun?

"Yes, DC is having fun with my friends"

DC would you rather to to ARC (work) or Camp?

"DC want to go to Camp, see my friends"

Let me just break here to explain that although DC understands the seasons, he cannot always tell you that July is summer or September or October is fall. Summer is HOT. Winter is COLD - so if we happen to be in Florida in January, it is summer - in his mind. He knows the seasons and the months that go with them by memory, not by understanding. They do not always make sense to him and when he is not concentrating or has something else on his mind he goes by the weather, period.

This week he started asking me about the last day of camp again and added "Summer is over".
I told him that camp would be over on Friday but summer would not be over for a few more weeks.

He looked very disappointed by that.

It was then, as he stood there staring at the air conditioner and looking forlorn about summer not ending on Friday, that I realized what was going on in his head.

Someone at camp must have mentioned the end of summer. DC got it into his head that summer was over on the last day of camp.

DC hates the air conditioner. He thought he would be getting rid of it earlier this year because he heard and believed that the end of summer THIS year would be the last day of camp.

He must have been excited thinking he would be getting a break earlier than usual. As per the conversation we had before someone mentioned camp being the end of summer - he was looking at October as the end of the air conditioning. No wonder he looked so disappointed when I told him there was still more summer ahead... 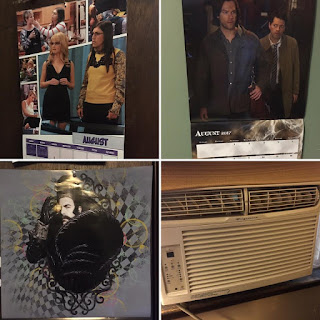 I can't say "shopping for a bathing suit" is on my list of  "Seven Things I Hate About Summer" because I just don't do that..... haven't owned one in years..

🔥
(you can pretty much count on hearing all of the above year round from me, though)

DC: Mom, Fan, Flapping, whoo, Mom, Flap like bird.
***
(DC pointing out that my "I'm sweating to death" episodes include some of my very own "Flapping" .... Seriously, that's kind of amazing that he's made that connection...)
#IsItHotInHereOrIsItJustMe 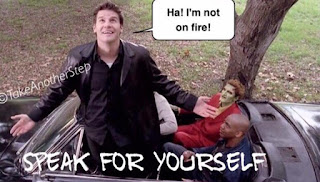 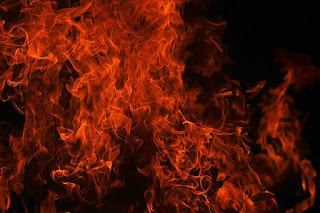 Dc wakes up in the middle of the night (yes, it's 50 degrees and yes, I have both air conditioners running at the coldest temperatures) -
DC:"Mom! The Fan is Freezing!" - from the boy who never seems affected by heat or cold.
DC: "Mom! Turn it off!"
Me: "DC, I'm sorry but I can not do that. You will have to use another blanket"
I will do just anything for this child, except turn the AC off.
#IsItHotInHereOrIsItJustMe

DC just came home from his Dad's. It's 9 bazillion degrees (to me anyway) so yes I have the AC on. He just came down stairs with his long pink and mauve pajama bottoms (the same PJs that he had to have in Niagara Falls), his big Doctor Who Robe, Doctor Who slippers and a stick on mustache. Who says we lack any fashion sense?
#IsItHotInHereOrIsItJustMe
#TheMustacheMustKeepHisFaceWarm
oh.... and the teal Cookie Monster shirt.


I wonder where he gets that?? (A reenactment, of course)
#IsItHotInHereOrIsItJustMe

--------
As you can see, this is not an issue that is new and does not look as if it will be resolved any time soon (unfortunately for the both of us)....

I am very soon off to bed armed with ice pack, my cooling pillow and the A/C set at "ultimate freeze" ~ Have a great weekend and Happy August. Here's to looking forward to the "end of summer".

****
This blog is used for short posts and also for longer Facebook statuses. Please visit my official blog site at: Taking it a Step at a Time
Posted by Vickie at 6:58 PM