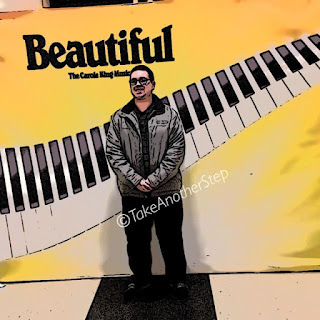 (and right before he hung up)

ME: That's right. I will be home soon.
******
Going to see "Beautiful: The Carole King Musical" tonight. The only things I could come up with to relate her to something in DC's world (because, everything is related) was to tell him that that she is friends with James Taylor (see: I got the music in me) and that she was also in the Gilmore Girls...

Hope that is enough to get him through it..

Hopefully, the fact that he remembered and announced it to me on the phone is a good sign...

There is nothing that this 'boy' loves more than a curtain call.
He was so over the top excited that people were watching him instead of the curtain call.

And... of course I was bawling... because that is still what I do when I see him so excited and happy about something - especially when the something was something I was worried that he would not like at all.

The show was a success!

Now if someone could just come up with a show made up entirely of curtain calls.... that'd be fantastic...


This blog is used to copy my posts (as back-up) from my official site and also for longer Facebook statuses. Please visit my official blog site at: Taking it a Step at a Time

One Year Ago DC Watched Labyrinth 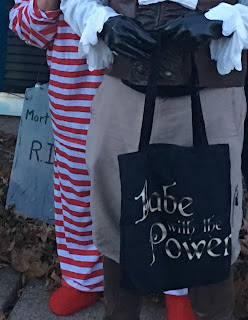 A year ago, David Bowie passed away. A year ago, I reintroduced DC to Labyrinth. I had not had much luck getting him to watch it in the past but a year ago, I felt it was my duty to get him through the entire movie just once..... 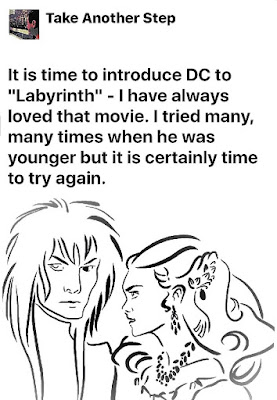 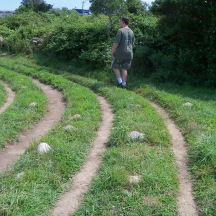 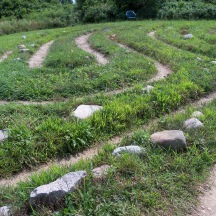 I have tried for many years to get DC to watch the movie Labyrinth. I always loved it and I just thought that he would too.
Of course he would! How could he not just love it as much as I do?
He didn’t…..
Not one bit….
This has worked a few times over the years… Shrek, not being Disney, was one that he absolutely refused to watch but now he has every sequel and every book – he chose Shrek as his costume a few years ago as well. It works sometimes, but it just was not working with Labyrinth.
He was never a big fan of the the Muppets until the movie with Amy Adams and Jason Sigel came along, but when David Bowie passed away, I decided I would give it one more try.
He watched it – the whole thing. He didn’t fall asleep – his usual escape when I try to get him to watch something that I like – he watched and seemed interested.
I did not realize right away how much he liked it until days later when he was on his iPad trying to search for “Lay-miff”. I had no idea what he was looking/asking for – usually I can get him to spell or sign what I don’t understand but he wouldn’t spell it for me and he was getting frustrated that I didn’t know. This usually leads to him giving up and saying “Nothing wrong” and then I never figure out what he was trying to tell me. So I do really try hard to figure it out before he gets to that point.
“Lay-miff”
DC, can you spell it?
“Lay-miff! Baby! It’s not fair!”
(So I should have gotten the “It’s not fair”, but thought he was telling me it wasn’t fair that I couldn’t understand him)
“Sarah! Baby, Lay-miff!”
“MAGIC JUMP!!!!”
Got it! Finally……
He’s seen it many times since and of course found quite a few YouTube clips to watch over and over and over again, boosting someone’s YouTube numbers to viral status I’m sure.
When DC and I picked out his costumes for last Halloween,  I was a little bit disappointed. It was too easy, there were none of the regular “Only in DC’s head” costume choices that..
But as I always say, this is not about me. Not all about me, anyway.
There are the individual costumes for the parties he will attend, but there is also the “annual themed costume” for Halloween night.
His first choice was a pretty funny Tooth Fairy with me as the giant tooth – giant being the operative word as it has been a rough year and a half which led to me gaining a ridiculous amount of weight.  Last year he was The Doctor and I was a giant TARDIS. The year before we were Lizard/Spock, as in “Rock, Paper, Scissors” (no, nobody got it, but I cracked myself up as giant Spock). I never thought there would come a time when I would long for the days when I was only “Slightly large – Inigo Montoya” to his Fezzik or “Not so large – Dr. Horrible” to his Captain Hammer.
Memories…sigh…..
The tooth fairy idea came of course from the movie Tooth Fairy with The Rock as the tooth fairy. Right before we placed the order, he changed his mind and decided that he wanted to be Santa. This of course meant that I would be the giant elf. I liked the tooth fairy/tooth idea more, but Santa was his final decision so that was that.
The following week, while making a scheduled and promised visit to the book store, I noticed a Spirit Halloween store had opened up right next door. Our costumes had already been ordered and delivered, but we went in – because, well…. I had to. It was there.
As we were walking around looking at all of the costumes and decorations, we happened upon a costume that made both of us gasp at the same time – The Goblin King from Labyrinth! Why hadn’t I thought of that before? There was almost no discussion – he wanted it! There was only one and it just barely fit him, but I thought I could do something to loosen it up a bit.
This of course meant that I would have to be the giant baby, Toby – so there would ultimately be a little bit of building a costume that does not exist after all but that was fine with me. I was just happy that I was no longer required to be the giant elf.
No worries, though, Santa and the Giant Elf did not go to waste. There was a party that we did not plan for when picking his costume line-up and a fundraiser that was Halloween themed, so both were happily worn…

This theme turned out to be one of my favorites - DC's too, I think. 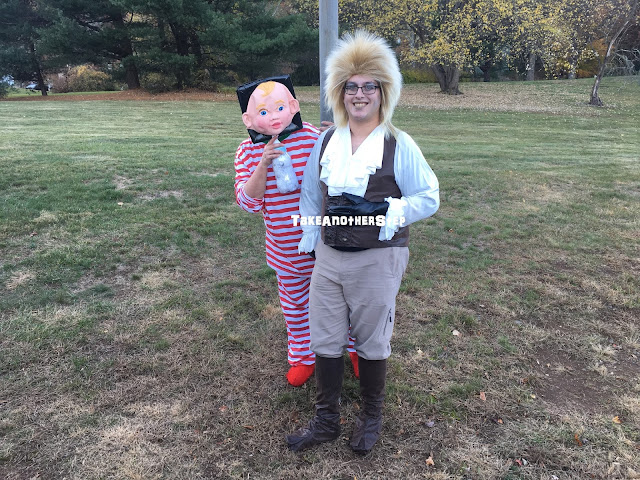 (Coincidentally, I picked this up for DC the day before the costume store visit at a Comic-Con I attended with my brother and at the time, the costume idea, just never entered my mind) 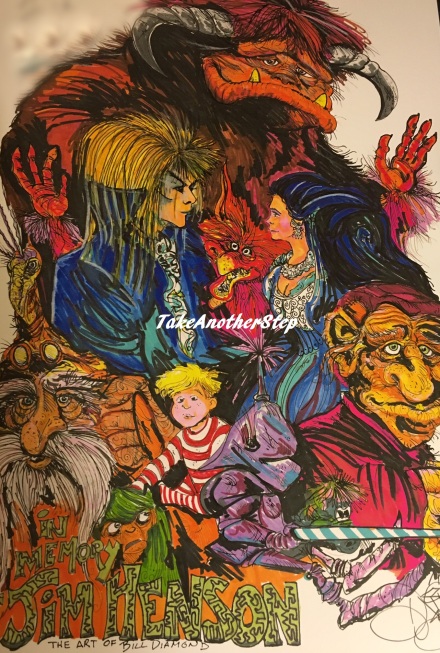 Originally Posted at Taking it a Step at a Time


This blog is used to copy my posts (as back-up) from my official site and also for longer facebook statuses. Please visit my official blog site at: Taking it a Step at a Time

Posted by Vickie at 9:55 PM No comments: