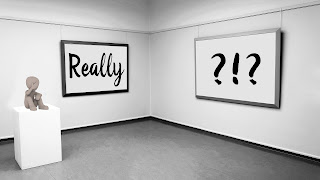 Those of you that have been here awhile should know just how much I 'enjoy' dealing with Social Security or any of the agencies that I have to deal with for DC.

Today I sat down to complete DC's annual Representative Payee Report, which I must say is one of the easier reports that I have to complete. I like to do it on-line so I get a receipt with the date and time completed, and a summary of what was submitted.

When I went to submit his report, entering all of the codes provided; the website told me that his report had already been submitted (?????).

Thinking I might have entered something wrong, I tried 3 or 4 more times and got the same error message.

I panicked a little bit that someone might have DC's information (but would they bother to submit a report??? 😀) or that his info was mixed up with someone else......

Realizing that this was the same Social Security Administration that tells me I do not exist almost every month when I submit DC's wages - I calmed down and called the number they provided.

Slamming my head on the table listening to an endless "Welcome to Social Security message" (apparently something else had gone wrong so they saw fit to add an entire message about it so people did not have to sit on the phone to find out about this particular error ) - I finally made it to customer service.

Two hours later, the phone rang and I explained that I was trying to submit my son's payee report and the website said it had already been submitted. There is no one else that would have submitted the form. I can just as easily mail the payee report if there is a problem with the website, but I want to be sure his information was not being confused with someone else. I submit his payee report on-line every year and there has never been a problem before.

He took some information and put me on hold.

A good twenty minutes later he came back to apologize for the delay but he was still researching.

He put me on hold again.

After another 20 to 25 minutes, he came back and informed me that DC's report has already been approved???? 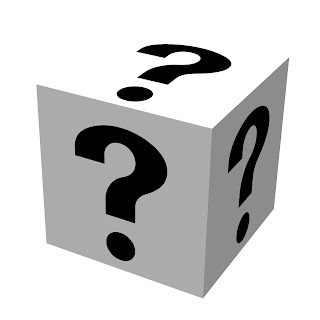 Me: "How could have been approved when I haven't submitted it?"

Customer Service: "A law was passed in April that says you do not have to do these reports ..... for the time being. The law says that as a parent/guardian/payee, you should be trusted to know and do what is right for your child."

<Insert: Shocked Silence> I mean, yes we should know what's best, but considering the hoops we are all made to jump through, I was to say the least...... skeptical.

I asked for his name and location because I was not going to be held responsible for not submitting this information.

Me: "If this law was passed in April, why did I receive the notice to submit the report in June?"

Customer Service: "I do not know. The reports must have been sent automatically."

Me: "Did Social Security send out a letter about this law to notify us that these reports do not need to be completed?"

(Seriously, I receive 5 pieces of mail from Social Security per month - 3 addressed to me and two duplicates addressed to DC - it is not as if they are not "mail happy." already.)

Customer Service: "No we did not."

So I just wasted 3 hours of my day over something that I really did not have to do.

So...... If this "law" actually passed in April and okay, they neglected to notify anyone that the reports did not need to be completed and okay, sent the reports out automatically -

WHY did it take him almost a full hour to "investigate" this when I mentioned 3 times that my call was about not being able to submit my payee report?

WHY did they not make THAT the message on the website instead of "your information has already been submitted. Please call our office at -------"

And WHY if they missed all of the above did they not put that information on their outgoing message to avoid all of this time wasted????

Call me pessimistic. Call me cynical. Call me skeptical; but I think I may still be mailing the hard copy.

Edited to add: I was able to find the law on-line. So the moral of the story is that even when they make a change to make things easier, they still make you jump through hoops to figure it out.

Posted by Vickie at 3:03 PM No comments:

Adulthood, Work, Camp and a Little Bit of Mourning His Childhood 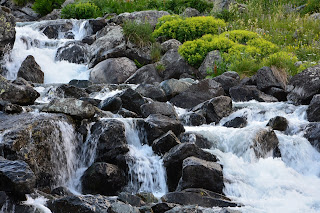 This was originally written on DC's first day of camp , during his first summer out of the school system. He was 22 when I wrote this; he is 27 now.

It is a hard adjustment reaching adulthood and leaving the school system behind...

We can’t have it both ways…. but it’s still a little bit sad.

Today was my son’s first day going to day camp this summer. He has attended this camp since he was 5 – he’s 22 now.

Every summer he would go to camp all summer long, even staying after until 8pm for a special after camp program they hold twice a week. He loves it there.

Now that he’s 22 and aged out of the school system, he is in a work program, year round. I was shocked when I started looking at programs for him that they don’t have the summers off!

Of course they don’t, they are adults and have to do their job every day, just like we do. But it was a rude awakening for me at the time.

Everything changes after “school-age”.
He has aged out of Challengers baseball. Seventeen years of baseball….over.
No more February vacations, Spring Vacations or Summer vacations.
He is “working” now, with 3 weeks’ vacation, holidays and some sick time, just like everyone else.

This was probably the hardest transition for me so far. I have to think to call work, “work” and not “school”.
It takes a minute, when I panic that I haven’t set up anything for February vacation to realize that there is no February vacation any more.

Him becoming an Adult may actually be harder on me that it is on him. It is just such a huge change.

Yes, I know we are moving into adulthood and working toward independence; as much independence as his capabilities will allow.

Yes, I know this was the goal all along, but on the other hand, he’s still so much a child.

He’s still watching “Barney” (22 years of Barney! That’s a Support Group I need to form, anybody?) - he is still reading and watching Disney and is not embarrassed to hug and kiss his Mom.
On some level, for me, as much as I always work and hope for more progress, I love it,  it is nice.

This should be a happy time, and of course it is. He is an adult. He is in a program that he loves, but when summer comes around and it is time for camp to start, it’s a little bit sad that he doesn’t get to spend a fun filled, happy-go-lucky summer at camp as he used to. He only gets his two weeks.

Originally Posted - We can’t have it both ways…. but it’s still a little bit sad.  at Taking it a Step at a Time

*****
This blog is used for shorter posts, off topic posts and also for longer Facebook statuses. Please visit my official blog site at: Taking it a Step at a Time
Posted by Vickie at 7:55 AM No comments: