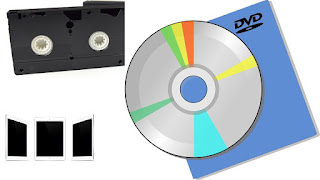 DC came over to me, iPad in hand while I was on the computer and proceeded to sing the theme to Bye Bye Birdie in it's entirety.

His allergies had kicked in full force the day before so it was not an easy feat for him.

When he was finished singing, he shoved the iPad in front of my face. The screen was showing the "Buy It Now" option for the digital version of Bye Bye Birdie.

Look, the guy loves movies. He loves Disney. He loves musicals. I get that and I support his love of media, but let's take a step back and think about this:

We began our journey in the VHS era. He had hundreds of movies on VHS.

THEN, came the 20th, 25th, 30th, 50th Anniversary Special Editions of everything he already owned.

(There are very few things that DC likes - very few - movies, music and books are on the top of that small list. These are what he gets for birthdays, Christmas and any events that require a gift. So let's not say that he is being spoiled, there just aren't all that many things that he enjoys.)

Next came Blu-ray. DVD's will play on a Blu-ray player, but not vise-versa so we had to upgrade to a blu-ray player. When they first came out with blu-ray I envisioned having to replace everything again, so phew; replacing the player was not a big deal.

Now he has an iPad and it seems that we are replacing everything one. more. time so he can have the digital versions.

Last week when I let him purchase whatever it was he wanted at the time (I can't remember), I told him that was enough for awhile. I suppose he thought that struggling to sing the song with a stuffy nose, while coughing and sneezing in an attempt to provide an entertainment angle would help to make his case to me for the purchase of this movie.