DC has already started making his Christmas list for Santa. It is on the "refrig-a-lator". This year:

Bandaids
Frozen Princess Dolls (as if he didn't have each one 3 times over)
Jelly Beans
and
32 markers.
He's upped his request from last year from 18 markers (which then got reduced to 17) to 32.
****
I have always had some sort of block at spelling out loud. I don't know if my brain gets ahead of it self or what, but there are times when I just have to write it down to then spell something out loud for DC.
With DC, it is the opposite; he can't hear it out loud but can read it when he write is down.
Me: Guess where we are going tomorrow?
DC: (Stops what he is doing and waits)
Me: M.Y.S.T.I.C.
DC:
Me: M.Y.S.T.I.C. - What does that spell?
DC: YMCA
Me: (after we both laughed for awhile) Write it down.
DC: (Screeching) Mystic! YES!!!!!
****
While in Mystic, DC opted for a change in his pizza order. He agreed to sausage and bacon on his pizza!!! 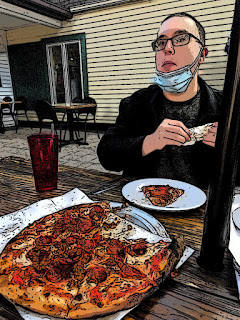 ****
Our designated Zoom laptop decided to do never-ending updates right before the Camp Movie event. DC’s laptop doesn’t have a camera and neither does my PC. So we had to resort to his phone. #IHateComputerUpdates
He’s happy enough. Laughing loudly at
Charlie Brown’s Thanksgiving. #Camp 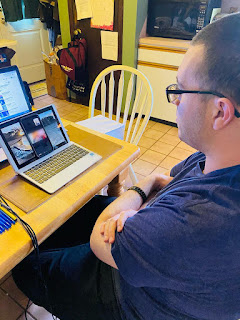 ****
Apparently it’s a double mustache kind of a day. #mustachesmakehimfeelbetter 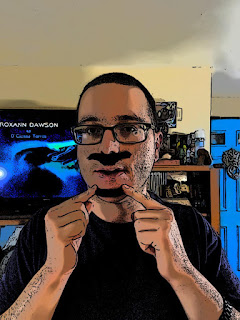 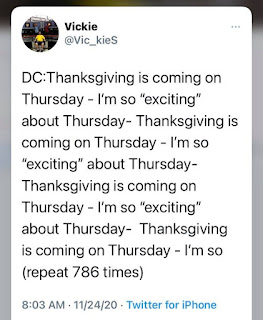 ****
DC’s aunt dropped off another “keep him busy during the pandemic” bag (complete with a rather large candy bar).
It was still technically morning when she dropped it off so I told him he had to wait until after lunch.
He then followed me around stating “Aunt ‘Lee-za’ give it to me” just to e sure I didn’t forget that it was still there and still his.
He got to have it after lunch. The note said he was supposed to share with me and Doug, but Doug wasn’t here, so he missed out.
Yesterday he worked on the other things in the bag. He’s always been good with markers but I have to say that he is pretty good with a paint brush too! 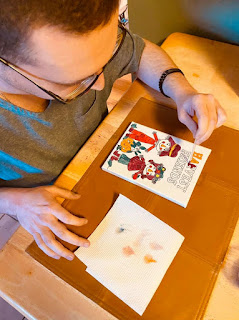 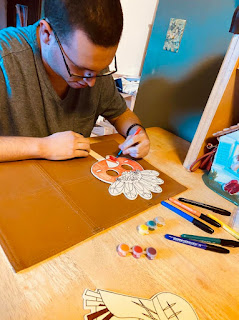 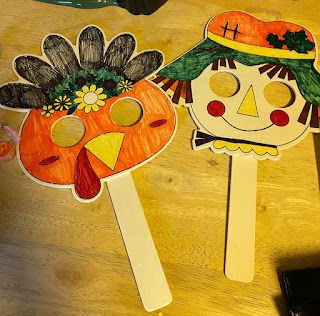 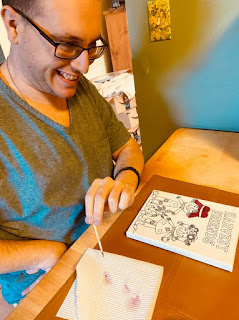 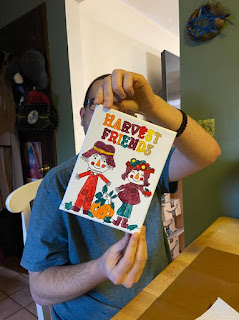 ****
“Mom, I do not like stuffing. I do not like mashed ‘tomatoes’ (potatoes), I don’t like soup”
I know all of this but he continued to tell me as I was cooking.
So for him, a turkey leg (as there must be bones), microwave French fries (because we can)and rolls .. lots of rolls. 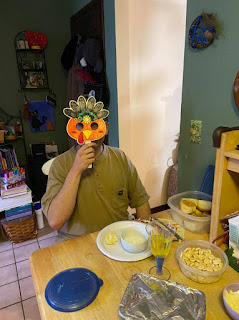 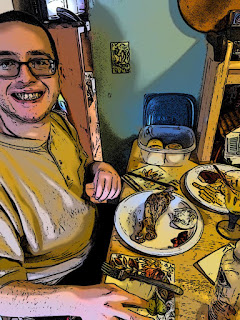 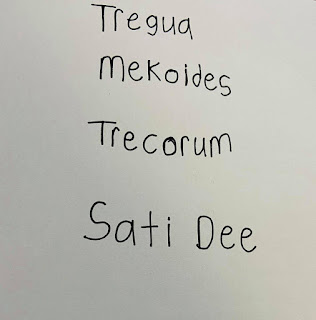 ****
DC is a happy guy today. The “hair-dishonier ” (air conditioner) came out. It was a hard decision but I finally decided it was time. #isithotinhereorisitjustme
DC: Mom, DC is feeling happy.
****
Hope you all had a happy Thanksgiving!
DC, as predicted set his sights on Christmas around 6pm on Thanksgiving.
*******************