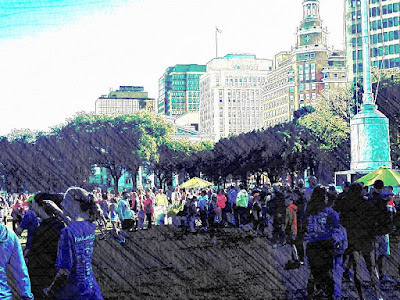 DC, along with his Unified Running Team ran in the Labor Day Road Race again this year.

(Unified Sports Programs are part of Special Olympics and are "dedicated to promoting social inclusion through shared sports training and competition experiences, Unified Sports joins people with and without intellectual disabilities on the same team." )

If you did not read last year's post; you can read it here: On Your Marks, Get Set and Take a Bow.  He has participated in this race for many years and every year he improves and learns just a little bit more.


I learned a few things myself along the way.....

Notably: Get coffee on the way there.

After standing in "line"; a line that stretched out the door and across the street, for the entire race last year... I learned my lesson. 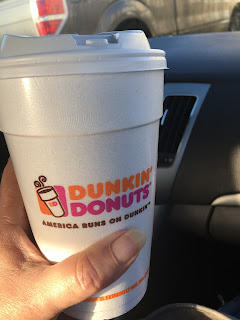 We met up with his team, checked in and got his tag to put on his shirt. 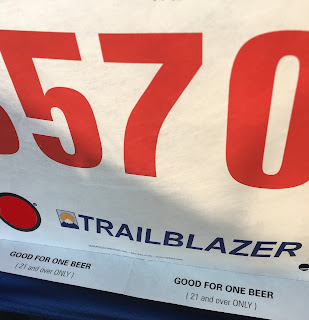 As I was pinning the tag on to his shirt, he looked down and announced...

I told him that he did not have to have beer. I am not even sure that he knows what beer is but he knew that whatever it was, he did not want any of it.

He repeated it a few more times just to be sure he did not have to have any.

The beer discussion ended finally and it was time to stretch... 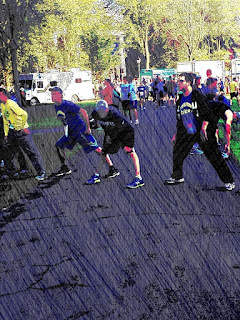 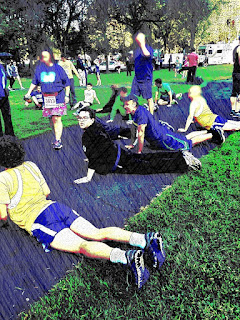 Stretching over; it was time to go to the starting line and get ready to go. 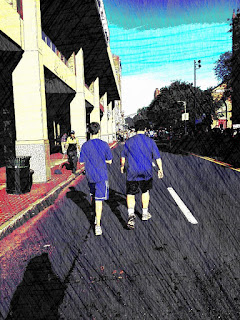 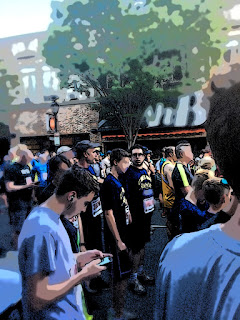 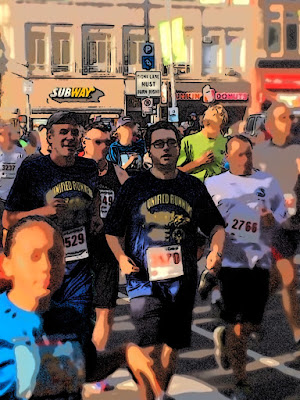 This year (coffee in hand) I got to see him cross the finish line.. 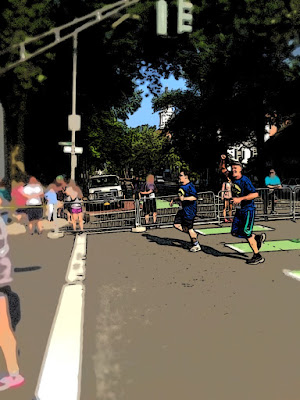 While running, he did, after much coaxing - throw the water cup on the ground instead of looking for a garbage pail. He did not run with the water though. He stopped to drink (working on that)

Note to the water bearers.... if you are holding two cups out, DC is going to take both of them. 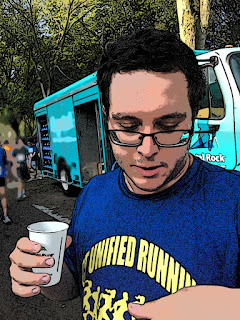 After the race and back on the green is when DC decided, without coaxing; to chuck his cup on the ground, in full view of a garbage can.

Although there was no bow to "his" public this year, there was a bow for me while telling me that he won the race once again. 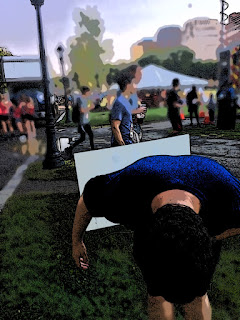 He did cut 5 seconds off his time from last year, so that is cause for a bow.

This year, he came in 2462 out of 2732 runners, so I guess no one else was aware that he had "won" the race again. I REALLY have to speak with those officials :)

He knew there would food at the end but DC, being DC exited the food line with nothing but bread... 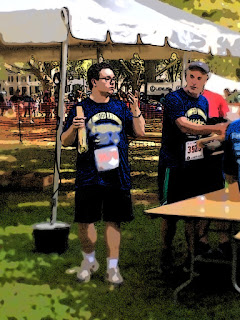 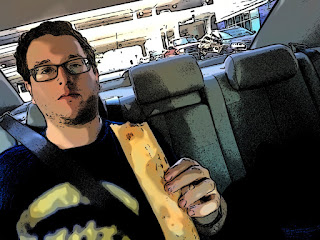