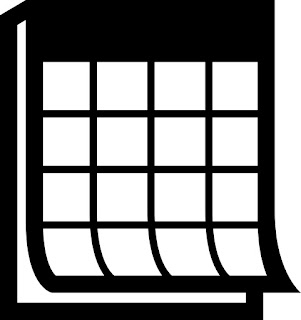 So.... because there are program changes coming down the pike at DC's work program, my caseworker specifically requested and planned this meeting around a person who could explain (hopefully) how these changes will effect DC. She was not there (she had a good reason) so he requested that another person come into the meeting since we were already there. She did not, but relayed a very vague reply to his question. So..... we now have to schedule another meeting to go over the issues we should have gone over today. Was there really no one in that building that could have answered his questions? Really? That in itself is rather frightening.
I will be writing about those changes on my Official Blog Page when I have a minute to let it all soak in. I don't have much information but what I do have seems ridiculous.
(update: I let it soak and wrote about what I could piece together - here)
From Take Another Step Facebook Statuses

Since the 23rd of March, my case worker has been trying to get in touch with the person who missed our last meeting.
I explained to my caseworker that it has been my experience that her MO is just not to reply to anything until you get tired of asking and give up...
He does not seem to understand this and keeps trying to contact her without cc'ing the director (the only way I ever get results)

Venting: First there was the meeting mentioned above (where the person we needed to talk to and arraigned the meeting around did not show up)
Then, my case worker sent me a list of dates to try to reschedule the meeting with this woman; April 5, 6, 12, 13, 19, 20 or 26. All of them were fine with me at the time. I thought it was pretty funny that my case worker actually believed that this woman was going to reply to his emails because what she normally does is just ignore you until you give up (I want a job like that). He started emailing her on March 24.
As Phil Collins would say... No reply at all..
On April 4th I emailed him that the 20th was no longer on the table because DC is now scheduled for a root canal. I can't keep the entire month open waiting for this woman who IS NEVER GOING TO EMAIL HIM BACK.
Today, I received an email from my caseworker (a cc from my caseworker to "This Woman", because he is still trying to reschedule the meeting. It's been four weeks of trying now) asking her if she was available on 20th or the 21st.
???????
(Deep Breaths Did Not Work and now I think there might be not one but two "highly agitated" voice mails on his phone because I was waiting for the option to delete and start again but it just hung up. I then tried a second time and unfortunately was not any calmer and again it just hung up)
I just emailed him last week that the 20th was no longer an option and the 21st was never an option and not on his original list! I am not taking two days off because she can't bother to reply and he can't even get the dates right. Of course he sent the email at 5:59 PM, probably right before he left the office for the long weekend, because isn't that always the way?
I have a job. I am expected to return phone calls. I am expected to return emails. I am expected to keep schedules straight. I know this may sound like a trivial thing to get upset about, but just about everything has gone this way for what seems like forever now. I don't understand why everything I have had to deal with lately goes just like this or worse. It's always a big mess and I am left wondering if it's really just me losing my mind, but I know that it isn't.
(Just to add to the hostility I am feeling; I had another annual re-determination with social security yesterday. I say "another" because we just did this in September. I must be on some list. Received the letter last week that I had to contact them by the 12th - I had to call them 4 times to get anyone to call back. THEY WROTE ME! THEY SET THE DEADLINE DATE. THIS WASN'T MY IDEA SO WHY SHOULD I HAVE TO CALL 4 DIFFERENT DAYS TO GET SOMEONE TO RETURN MY CALL?)
So anyway, once again I will look like the the B#&%h

****
On Monday the 17th, I received an email from my caseworker telling me he had emailed her that day about the 26th (the only date left on the list)
April 20th - I emailed him to ask if he'd heard about the 26th because I did have to schedule it with work.
No Reply at all...
*****
On April 25th - late afternoon/early evening - I emailed my caseworker to say:
I guess at this point that the 26th is out. Do you want to send me new dates in May so we can do this again all next month too?

*****
On April 26th in the afternoon I received an email from my caseworker.
"My Apologies, "That Woman" did email me yesterday (the 25th) saying the 26th was good and I missed the email. How about May 4th?"

Tales from the Day Program – ALL

***
This blog is used for short posts and also for longer Facebook statuses. Please visit my official blog site at: Taking it a Step at a Time