Let’s begin by saying that DC does not like to keep anything in his pockets. He will put his cell phone and wallet in his pockets; but they come out the second he gets inside the house…… nothing else. So much so that about a year ago when I asked him to put his gum wrapper in his pocket so he could use it when he was finished (instead of handing it to me straight out of his mouth or sticking it to the console in my car), he immediately threw away said piece of gum and hasn’t had a piece of gum since; all because I asked him to put the wrapper in his pocket.

He really doesn’t have any concept of planning ahead. He knows when he’s going somewhere or doing something, but he really can’t plan, for example, what he’s going to wear or what he should bring other than the pile of books that he travels with.
Two years ago we took a trip to Universal, Disney and Puerto Rico. DC has been to Disney many, many times so he knows what he wants to do and where he wants to go. He’s already got that all scheduled in his head. But if I asked him how many pairs of socks, pants, underwear and shirts we should pack for the week; he wouldn’t be able to figure that out.

Day one was spent traveling and visiting Downtown Disney 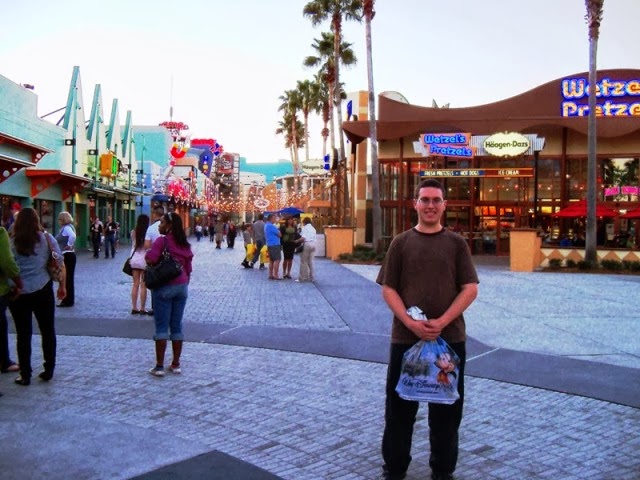 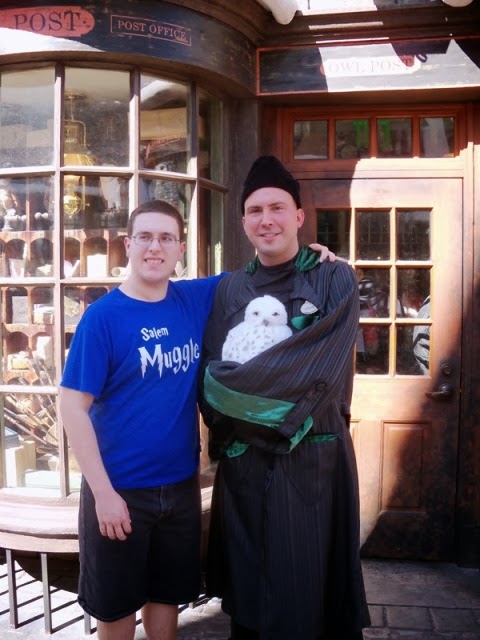 ……and then on to Disney World, more specifically, the Magic Kingdom, DC’s favorite.
As I said earlier, he knows exactly where he wants to go and what he wants to do, so there was no question at some point we would be visiting the “Princess Room”.
After we made it though the line, outside the room, we waited inside the room with 4 or 5 other families to see the princesses.

While we were waiting behind the ropes, in full view of all of the princesses, DC gave me a bashful smile that I had never seen before. He slowly pulled a comb out of his pocket. Snow White happened to notice the comb and said “Did you bring that comb to look nice for me?” DC now very excited answered in his very loud happy voice, “Yes”, and the flapping started

At this point all of the other parents, princesses and workers in the room were watching him (not staring, watching)

DC combed his hair and announced, again in his very loud excited voice, that he was “Looking Handsome” (more Awwws). Now he was the hit of the room and the center of attention. The other parents were taking pictures of him, the Disney Video Guy (I never did find out what that was all about) was taping him. DC was eating it all up, and then he turned on the charm.

The other parents actually hovered as long as they could to see him when it was his turn with the princesses. In true DC fashion, he held their hand, took a bow and spun them around as if they were dancing at the ball. He added a new “move” to his list that year and began each conversation with a line from one of their songs.

He told Snow White that someday her prince will come. 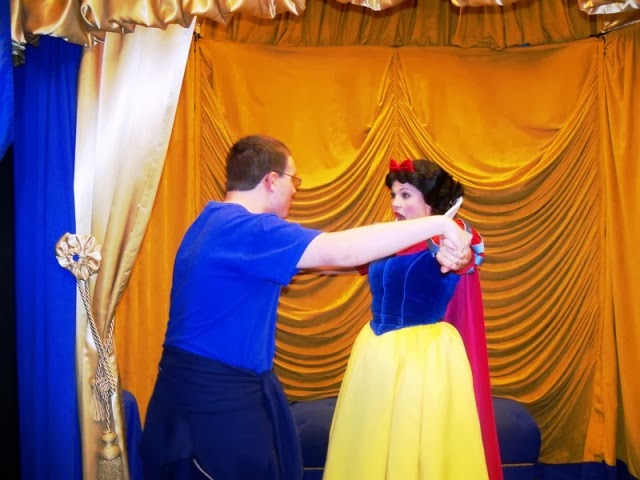 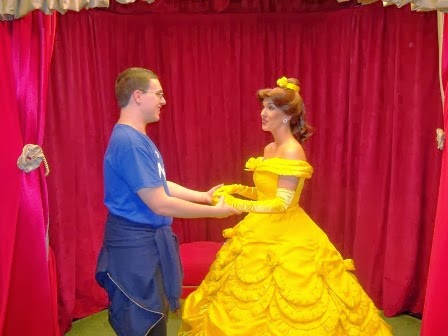 …. And he informed Arora that he walked with her “once upon a dream” 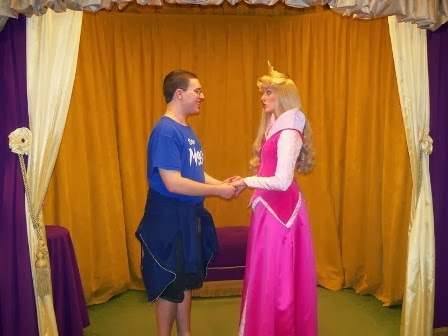 The Princesses were wonderful with him! They all made a big deal over him and he was the happiest “kid” in the park that day.

On the way out of the room the man with the video camera gave us passes for that night. The park was to stay open an extra 2 hours after the official close time for the people with passes. There was a party, music and no lines for the rides. It was a wonderful night.

Just think about this though, because I have thought about it so many times…..

*DC knew that he, without a doubt, would be going to the princess room .
*He thought ahead
*He put a comb in his POCKET BEFORE WE LEFT HOME
and
*He remembered to bring it with him to Disney World a full two days later!

This may not seem like a big deal to most of you but I’m sure that some of you will understand how mind-blowing this was for me!


Between you and me, I think the real reason for bringing the comb was that he wanted to comb “princess hair”, but the fact remains – he thought ahead.

One of these days I will tell you about his next meeting with Snow White a few years later…..