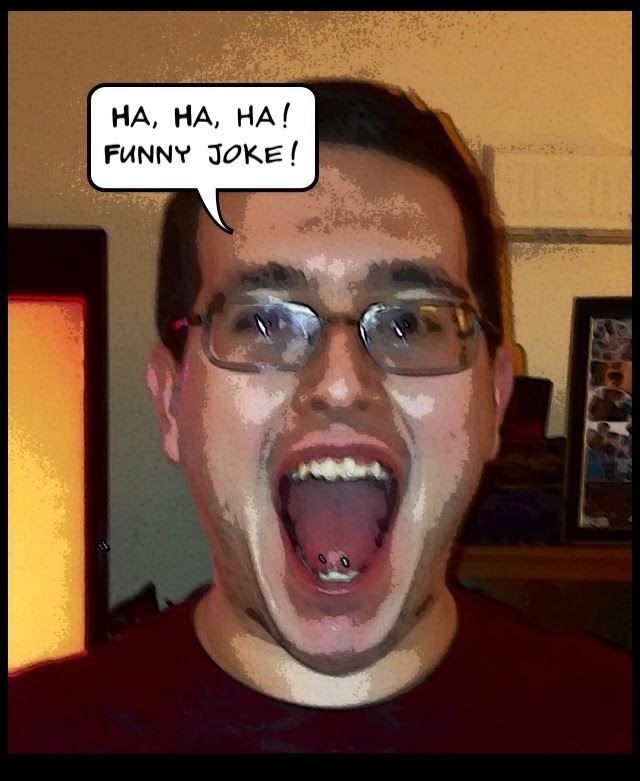 For two years after “Graduation”, DC attended a transition program through the school system at a local college.
I was visiting the school for a class event, one Friday afternoon and his teacher, “Mr. Disney” (as DC calls him) excitedly came over to me and asked “Did you help him with his jokes today?” Not knowing what he was talking about, I said “No, what jokes?”  One of the IA’s (you may refer to them as “Para’s, we call them IA’s) chimed in to tell me that he told 3 jokes at “Funny Friday” that morning.

Mr. Disney went on to tell me that every Friday is “Funny Friday” and all of the students tell their favorite jokes at the morning meeting.

I don’t know how long (or if ever) it will take before anyone will understand that HE IS NOT GOING TO COME HOME AND TELL ME THESE THINGS! If someone doesn't tell me, I am not going to know. If I had known about “Funny Friday” I would have helped him with some jokes, but unfortunately I was never told.

I was surprised that he actually TOLD a joke because DC’s idea of a joke – and it’s always the same – is:

They proceeded to tell me the jokes he told that morning and that he told them properly complete with a bow and…. they were actually funny!

“Why did Bo Peep pour chocolate on her sheep?”
“She wanted a chocolate BAAAAAAAAR”

“Why can’t Cinderella play Soccer?”
“Because she ran away from the ball”

“What do they call a Fairy that doesn't take a bath for a month?”
“Stinker-Bell”

He told honest – to – goodness JOKES!  After years of “Monster”, he actually told, not one joke, but three and UNDERSTOOD why they were funny!

Later, I ran into the Interim Dean of Health Sciences, of the college who also told me that DC told three jokes that morning. Everyone was very impressed, to say the least!

But still I had no idea where he got these jokes.

About a week later, “Mr. Disney” finally got DC to tell him where he got his material.
Actually, he showed him……
After asking him all week, DC went to the computer, typed “Disney jokes” in the search engine and found a web-site full of Disney jokes.

He memorized them and had them ready for “Funny Friday”!

He was able to figure out on his own that “Monster” wasn't cutting it for “Funny Friday” and he needed jokes AND went about finding them himself, remembered them and had them ready for Friday!

“Monster” is still his favorite joke though………