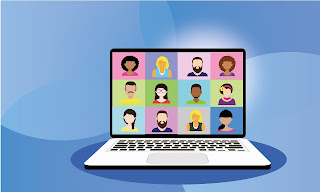 After our free-for-all zoom experiences with DC's day program, I did not know what to expect when it came time for virtual camp.

Obviously I knew that the Camp directors would put  much more thought into camp than his program put into their zoom meetings, but still - I didn't know just how this would work.

I have to say. It was impressive!

The schedule was made for each camping group (the same groups campers are broken up in at real life camp - with their group leaders and usually either the assistant director or director) to log in for two activities per day.

Camp was held three days per week and by the end of the week, the campers would have completed a full day of camp.

They went though all of the activities that they would have done during a day of real life camp.

Because we’ have talked so much about how bored DC is during this lockdown, he has now begun using it as a way to get out of anything he doesn’t want to do.
Virtual camp starts today and because his only experience with Zoom meetings so far has been with his day program, which are boring and unorganized free-for-alls - he is not looking forward to camp (I know he will change his mind once there because theirs will be structured activities) - Until he realizes that they won’t be like his day program, he will continue to try to get out of it by repeating: “Mom, I’m boring” over and over again. 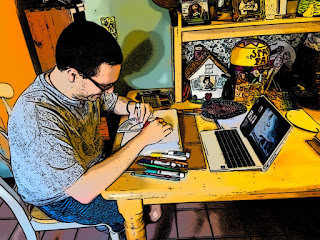 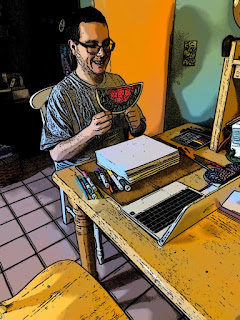 Virtual Camp - Arts and Crafts (or as you all know in DC speak, “Hearts and Craps"). He looks traumatized, doesn’t he? NOT! He laughed and giggled the whole time (see earlier post) #VirtualCamp success!

There's nothing better than music in DC-land

In-between all of the daily camp activities; on Tuesday and Thursday nights they had "Camp Special Days"

Tonight is Disney Night at virtual camp. If you thought participating virtually would keep him from dressing up; you thought wrong. #AllDisneyAllOfTheTime 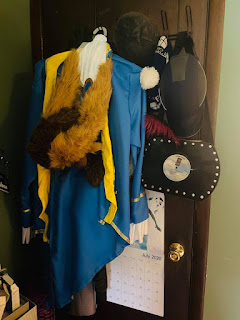 Phew! It was shaky for a little while as I was running around rebooting modems and trying to connect with any device in the house, thinking our internet was the problem - while DC got more upset by the second. But we finally got in and had fun at Disney night at virtual camp. (He had his costume on a full hour ahead of time so I didn’t want to be the one to tell him he couldn’t attend - phew again!) 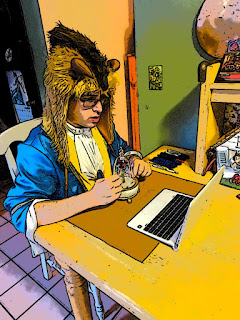 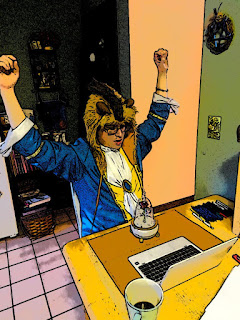 Things I have learned at DC’s online camp this week...
DC often mentions someone named “Par-ee-ka”. He has mentioned this person for years.
This week I discovered that “Par-ee-ka” is actually the assistant director, Rebecca.
#TheMoreWeKnow

I never did find out what the "Pool" component would be because DC had it in his head that he had Fridays off.

Group Chat at 12:45 - DC not being very conversational opted out of the group chat but of course there was also his Fridays off, so he wasn't attending anyway.

More ‘Hearts and Craps’ (DC-speak) projects over the duration of online camp. 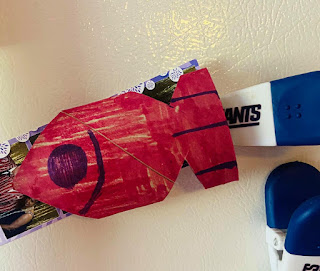 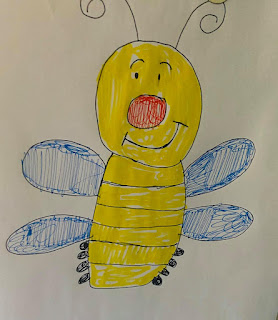 Or should we say "Hearts and Crabs"? 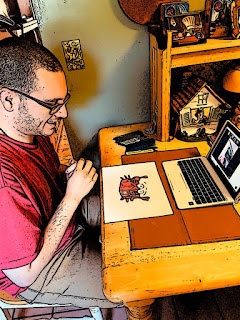 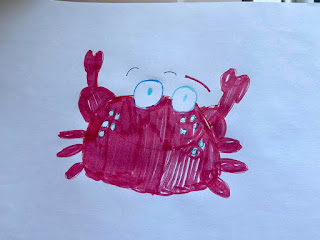 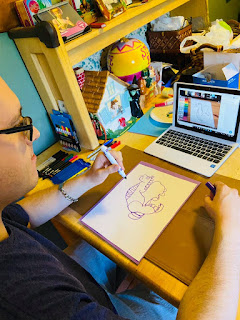 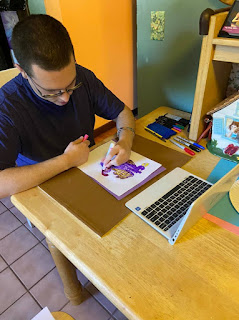 Yes, he followed the directions and drew all of these himself. I don't think the dragon was supposed to be purple but you know... in this house, of course it would be purple.

Monday on-line camp - Indoor Rec
Playing "would you rather".
We had determined that DC would rather be a super hero than whatever the other option he was given.
Camp Counselor: DC, what Superhero would you want to be?
DC: Anthony.
Camp Counselor (and me) Who is Anthony?
DC: Anthony Wiggles!
#TheWigglesWillNeverGoAway

DC is getting ready for Camp Music.
He has tortured them over the last two weeks by choosing songs from Anastasia. Not only is the movie 23 years old, but not being "Disney" makes it not as popular as some of the Disney choices he could have made. The only person who seems to know these songs is 'Par-ee-ka', the assistant director.
Hoping to get a different thought in his head before camp started, I asked him that maybe he wanted to suggest "Here Comes The Sun" (Beatles, but also Disney's Parent Trap) this week. I had to try to come up with something that is 1. Well known and 2. Known to DC - that seemed to fit.
DC: NO! Paris Holds The Key To Your Heart!
He already had his pick in his head and yes... #Anastasia.
#SorryDGroup I tried! 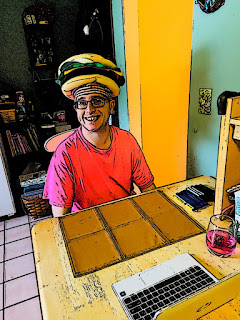 We did not know that it was Hat Day this morning for music (for those who have been here awhile, you know it is one of his favorite days), but he’s ready with hat for outdoor rec this afternoon!
#HatDay

There were games, like Simon Says but DC's favorite outdoor rec day was the dance party.

Outdoor Rec/Dance Party - I think we’ll never be free of this song. DC loves it, though.…

What an excellent job they did with camp this summer. I was really impressed.

DC loved seeing his friends and enjoyed every bit of it.

He was very sad to have missed the entire last week of camp due to the power outage after the storm.

We have just been notified that the annual Halloween party will be a virtual party as well.

So he has something to look forward to.