Just a lot of DC, being DC.

I don’t know why there are two sitting separately from the rest of the pile... they must be the highlighted selections. 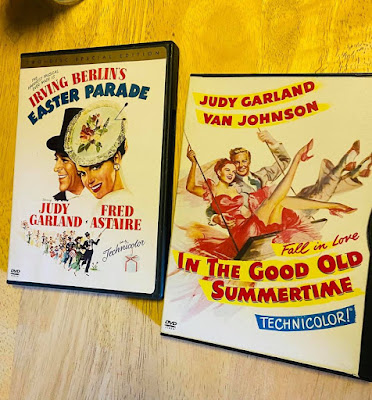 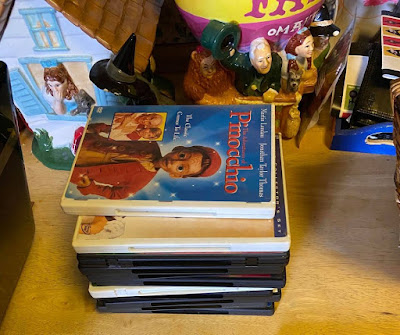 He's done a bit of writing and coloring:

Found these hanging on the cabinet (oops... ‘Cub-Board’ ) door this morning. 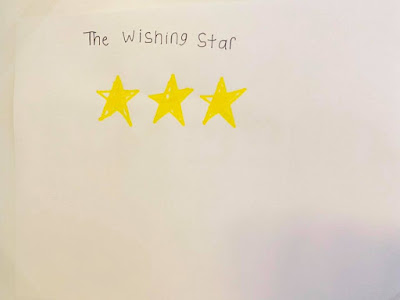 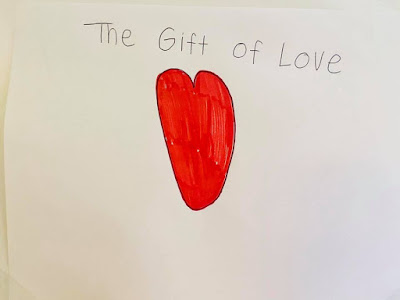 Because I made a big deal (deservedly so) over his pictures this morning, he is now plastering the cabinet - um, ‘cub-boards’ with his ‘princess papers and other movie titles’.First - I am in awe of his printing.Second - My favorite: Summer Magic Nineteen Sixteen Three (1963) 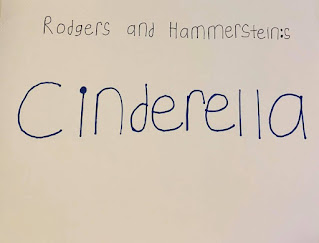 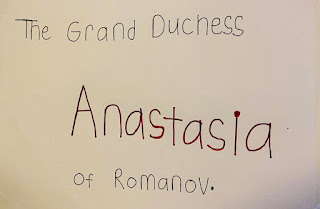 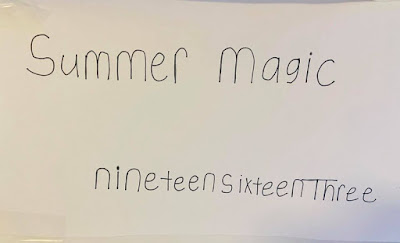 Another Couple of  Birthdays to Celebrate in Quarantine:

Tomorrow is Doug’s birthday (I guess at this point it is today). I don’t have to tell you that this is all I have heard about over the last few days. We don’t have a specific plan yet (which just makes matters worse for DC), due to the weather we may be getting and the fact that we only do outdoor dining. I told him more than once, that I would tell him what we are doing as soon as Doug and I discuss it. But not to worry, we would be doing something.Me: Please stop asking. I promise to let you know as soon as we have a plan.
Because I told him to stop, he moved on to screeching “Happy Birthday Doug!” over and over again - just so he could continue to bring up the subject without “asking”.
I asked him to stop screeching, so he moved on to singing the birthday song at the top of his lungs at random intervals through-out the day.
Me: DC, I promise I will tell you as soon as I know what we’re doing. Please stop.
Since he wasn’t getting a suitable answer from me, he decided to call Doug and screech Happy Birthday at him and then gave the phone to me.
Doug was at work so we both told DC that we would talk about it tomorrow and let him know.
Right now (it’s 1am)... He’s resorted to sign language.
At least it’s quiet. 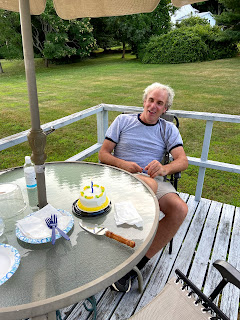 "Grandmother's" (because we have to be formal) Birthday: 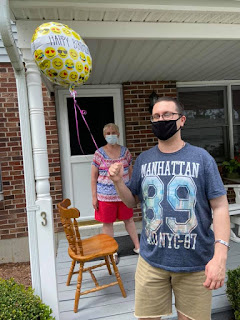 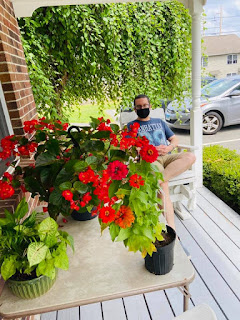 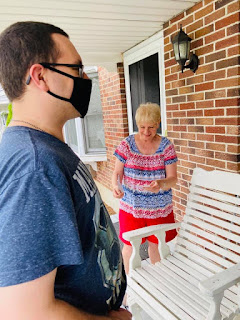 DC: (He went light on the band-aids, but he’s not finished yet) Poison Ivy - itchy.Me: Where did you get poison ivy? (He doesn’t have poison ivy; he barely goes outside)DC: on my handMe: but where did you catch it?DC: on my hand!
Me: but what gave you poison ivy?
DC: (say it with me) Tree Branch 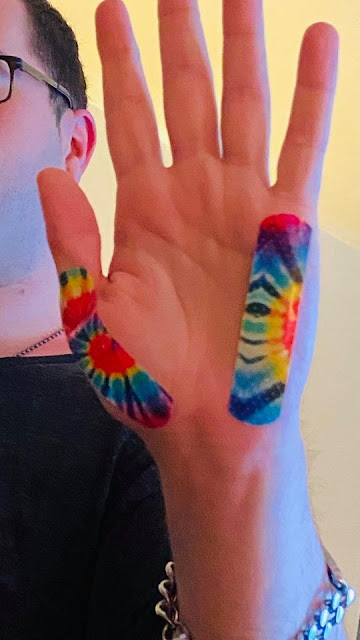 (Speaking of tree branches... (for those who may be new here) - Those Pesky Tree Branches)

File under "He's playing me":

DC has a way of winning over the wait staff immediately.One minute before she came over, he was mad at me for breathing wrong (or whatever) - 2 seconds later he’s charming the waitress.Me: DC why are you so charming to everyone else but me?This was his reply... 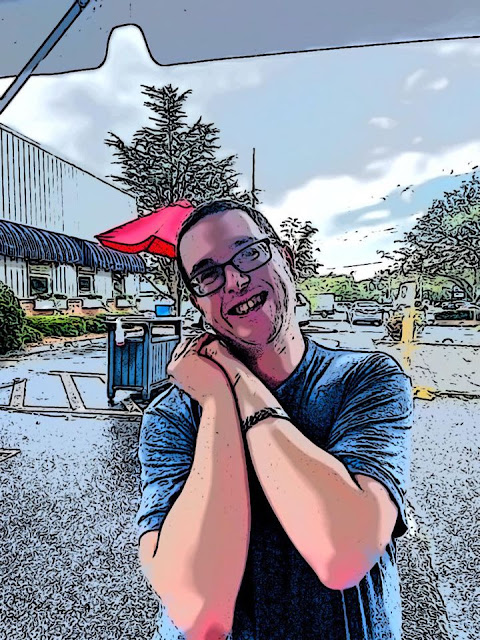 2. He CAN hear with the headphones on.

The other day, Doug and I were discussing rainbow goldfish. I told him the green fish tasted like spinach and that I haven't looked at the package to see if that was in fact the case or if it was just my imagination (because.... green). DC was in the back seat with his headphones on which normally means I have to yell a good 3, 4, 5, 6 times before he hears me.Today, instead of the two goldfish he usually runs over to give me before running away yelling "Thank you for sharing" - he has upgraded me to ALL of the green goldfish; stating "I don't like spinach" before thanking himself for sharing....So... he CAN hear with the headphones on.I wonder if this will work with other snacks? 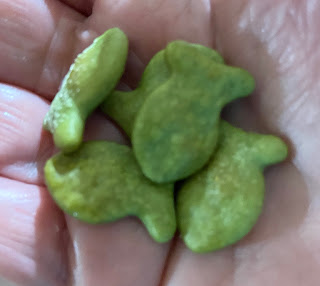 2.5 He CAN hear with the headphones on:

Doug wanted to take DC and his friend BB out for DBD Day (DC, BB and Doug Day formerly known as "Boys Day Out").

Doug and I discussed this in the car with DC in the back seat with his headphones on (the rainbow gold fish incident above came later, so it did not occur to me that he could hear with them on, because ... the yelling 3, 4, 5, 6 times mentioned above).

I texted BB's mom as she said that it was fine with her, but she wanted to check with BB when he got home to be sure he did not have anything else scheduled.

When we got home, DC immediately began saying "Have to talk to Donna" - "Have to 'test' (text) Donna".

I told him that I did text Donna but BB was not home so she would get back to me later.

For the rest of the evening, he sat right down next to me every time I touched my phone and repeated "Have to talk to Donna" - "Have to 'test' (text) Donna"

I texted her again (just to save my sanity, because she knows and is in the same boat, and so he could see me do it):

He's sitting right next to me - staring at my phone - just so you know.

I can yell and scream to get his attention when he has his headphones on and ... nothing. This - he heard when Doug was asking about it; headphones and all (I would not have told him voluntarily)

Yes, he is available.

Doug was grateful that I made a modified version of the bag I bring whenever we go anywhere. 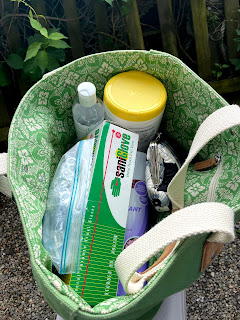 They wore masks in the car, with windows open for ventilation.

To say that DC was excited when he got home is an understatement. 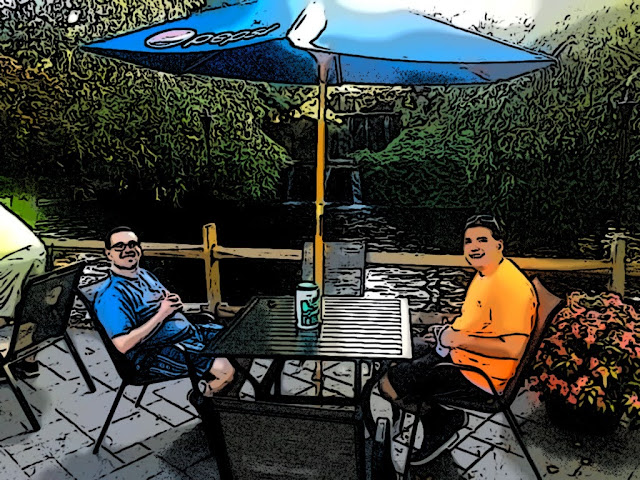 DC's rundown of their night out:

DC: DDB Day (DBD) with Doug and DC and BB. We had cheeseburger and french fries.

We played "Croquet". (Alice in Wonderland)

DC: No, we played the golf. We had ice cream.

I got hole in one. I swing club and didn't hurt anyone.

Me: (laughing because I don't know where that came from, but okay) I'm glad you swung without hurting anyone.

What we have learned:

Quarantine Diaries - All In One Place