Hmmmm. What don't you know about me? 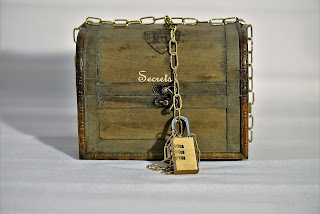 I know I have said before that I do not participate all that often in Finish The Sentence Friday only because my mind goes blank when given a subject to write about.

The "Listicles"- I can manage at the last minute...... sometimes.

This weeks list - 10 things most people don't know about me, might be difficult. I may not come up with 10 (but I am sure to think of the rest 2 weeks from now) and I will try not to go to the "dark side" which is a real possibly, but I am going to give it a shot.

1. I have not driven on a highway since early 2000.
I was never a fan, but I finally just stopped one day when I felt as if I was going to just stop my car in the middle of the highway, jump out and run away screaming.

I started a new job a few months before that incident and every day the ride (for me) got worse and worse. It wasn't the traffic and as I said, I had never been a fan but every day I was sure would be the day that I would not make it.

Apparently this is one of the the ways my anxiety manifests itself, I am told. You do not have to tell me that the job had more than a lot to do with the anxiety manifesting. I know that.

I used to be embarrassed to admit my highway fear and would make all sorts of excuses not to go places when invited. I finally got over that and now I either get a ride or drive the back roads - everywhere.
It takes me a good long time to get any where, but it is okay. I do not mind.

No, I am not afraid to drive in the snow and I am not afraid of flying (these are questions I always seem to get asked when anyone learns of my 'highway anxiety". My anxiety is not limited to the highway. There are some roads that I have a difficult time with as well, but the highway is the big one).

2. I have severe anxiety
But  I have just told you that.

3. I have a red spot in my left eye (so I always look like I haven't slept in 5 days) from getting hit in the eye with a rock when I was a kid. It hit me while my eye was wide open because I did not see it coming. I still remember how much it hurt and being terrified to open my eye because I was sure my eye would fall out.


4. I have 4 younger brothers. I am the oldest.
My brother, closest in age to me and me are from my mother's first marriage.
After she married my step-father, they had three more children - so you know how that went. He had his own kids now.


5. I stole a penny candy.
Yes, there really was such a thing as penny candy once. Actually it was a gum ball that I took. I do not know why. I think I just wanted to see if I could do it. Seriously, I was so awkward about it that I am sure the store own knew. She probably felt sorry for me because I was just so bad at it. Afterward I was so wracked with guilt that I did not even chew the gum and the next time I was there, I left a nickle (just as awkwardly) on the counter. I am not sure that I ever told anyone about that to this day.


6. I understand that "Life isn't fair" but when there is a blatant display of unfairness - I cannot let it go.
I make it a mission to make the person who might be treating someone (not just me; anyone) unfairly to see the light. Often my mission leads to an argument but I can not just let it go. It festers and festers.

7. (Kind of along the same lines) I won't stop arguing if you don't let me finish making my point.
There is nothing worse than when you know someone is not understanding what you are trying to  say but won't give you the opportunity to explain it in a way they will understand without being interrupted. You don't have to agree with me, but you are going to listen. DO NOT walk away when I am trying to explain something or the explanations will never end and I will bring it up at every opportunity.

8. I sleep with the lights on.
Although I have never been a a fan of the dark, sleeping with the lights on stems directly from DC who always has to have every light in the house on whether he is in the room or not. I would often wake up in the middle of the night to find DC had gotten up just to turn my bedroom light on and gone back to his room to sleep. It is like he had some sort of radar that tells him when someone turns a light off. I am so used to it that now I have to sleep that way. My neighbors must wonder why my lights never go out.

9. I sleep with the TV on - all night.
The TV is a distraction from the "mind-race" I have while trying to get to sleep. I can't watch anything too interesting or it will keep me awake, but whatever I am watching does have to be at least something that I semi-like.
This is a necessity.

10. I am totally afraid of animals.
Mice? I get it; they are tiny. Why would I be afraid of something so small? I am. Terrified! I can't even look at them on TV or in a commercial. No!
If I have to enter a dark room (like the ladies room at work), I will stick my hand inside to turn on the light while not looking into the room and wait; just in case there are mice so they have time to scatter before I see them.
I do not even want to see them.
Traps? No! I don't want to see them dead or alive..... period.

11 and 11 1/2 Teeth and Feet: I cannot stand seeing anyone brush their teeth, in person, on TV..... anywhere - I gag. I have to look away when DC brushes his teeth.
I hate feet. I don't want to see them on TV, in books, online or in person. Stop showing me your pedicures - I don't want to look.

(Many of the "dark side" items were edited out.)

This has been a Finish the Sentence Friday post. It’s old-school blogging with the listicle of “10 things most people don’t know about me,” hosted by Kristi of Finding Ninee and  co-hosted by Kenya G. Johnson of Sporadically Yours.


****
This blog is used for shorter posts and also for longer Facebook statuses. Please visit my official blog site at: Taking it a Step at a Time
Posted by Vickie at 8:21 PM