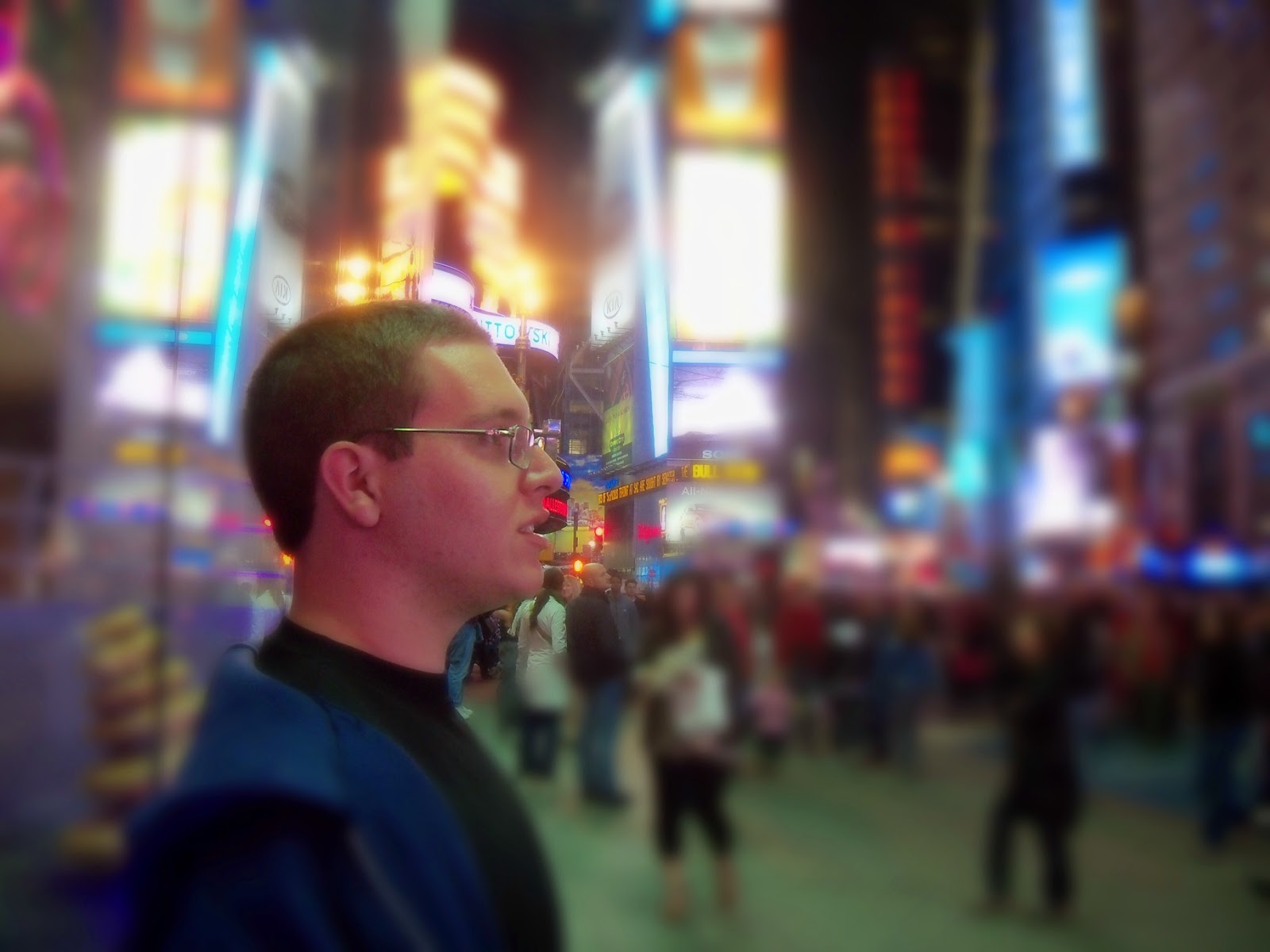 I've been asked quite a few times -  twice just this past week, if I have ever told DC that he has autism and if so how did I approach the subject. Most of the questions came from mothers with children that are just beginning to or do already realize that they are different from their classmates and friends.

To be perfectly honest, I really do not think that DC is aware that he is different - I don't know if this is a good thing - at the moment I'm going with - yes, but I really do not think he sees any differences between him and other 'men' his age, or anyone for that matter. I really don't believe age is a factor in anything he thinks about or notices. I don't think age means anything to him at all.

That being said, it is never perfectly clear just what he might understand and what he does not. I really do not know what goes on in his head at times. Just because he doesn't seem to notice or understand, does not always mean that he doesn't. Going on the small chance that he may actually know that he is different... yes, I have told him. I have told him many times, since he was very young.

We don't have "sit down and talk about it" sessions because he really does not understand what I am trying to say to him, he needs examples, he needs to see something. We can't talk about it too often - when I try to talk about anything with him too often, it makes him anxious - he thinks something is wrong. That is not what I want at all. I never want to give him the impression that anything is 'wrong' with him. He doesn't need that.

I have to take the opportunities when they come. Because he is a visual learner, I try to approach the subject when we are watching TV or reading something that happens to have a character with Autism. The first time I brought it up to him, we were watching TV - I honestly do not remember if it was a television show, a documentary, news story or a movie (we've discussed it during all of the aforementioned - I just do not remember which was the first).

I remember starting out by pointing out the character.

"DC, do you see that boy?"
"yes"
"He has autism. Do you know that you have autism too"
"yes" (he answers "yes" to just about everything)
"Do you see the way he flaps his arms? Who else does that?"
"You" (pronoun confusion - 'you' instead of 'me')
"Autism means you and the boy may think about things a little bit differently than Mom and some of your friends. Can you say 'Autism'?"
"Autism" (usually I can type his pronunciations, but I can not type his pronunciation of the word Autism)

We've gone through this scenario many times - arms flapping - loud noises - whatever happens to be going on with a character or story.

We talk about it when we participate in an Autism Walk or fundraiser. We talk about which of his friends have autism as well. I can't get into too much into detail with him, I just point things out as they come up - a character, a fundraiser, his friends....

We discuss it once in a while, and when I say "discuss", it's actually me pointing out a few things,  when he is watching his sign language sing-a-long DVD's. I tell him that his autism made it harder for him to speak at first (he was non-verbal until he was 7), this is why he went to speech therapy with Liza for so many years.

He was always very happy to see Liza every week. He worked hard.
(He LOVES Liza)

Before he learned to speak, he used sign-language and

He was always happy to see Sandi for sign. He worked hard with her as well.
(He LOVES his sign-language, still uses it, still watches any sign language sing-a-long or story video he can find and he LOVES Sandi)

Speech therapy and sign language were "good" things to him. This can be directly attributed to the insight and resourcefulness of both Liza and Sandi and the way they choose to make the process fun by working from his interests and incorporating them into his sessions. I am 100% sure that Liza can recite the "Wizard of Oz", in every variation to this day. They made him happy. In his mind, if he did know that he had a speech delay, it was a bonus.

We've discussed* it many, many times over the years and in many different ways, but for a boy who remembers everything, he can not give me the word "Autism" at any other time except during the talks when I ask him to repeat it, afterwards he can not even make an attempt at the word, he doesn't even remember the word, which leads me to believe that he really does not understand any of it. He doesn't know he's different and for now, that is fine with me. My goal here isn't to make him think he is different.

Coincidentally, as I was writing this, DC, the minute he came home, changed out of the white T-shirt I put out for him to wear this morning for work - we now seem have an issue with white and gray shirts, but that is another post -  into a blue shirt, one of his favorites, that reads "Live Loud with Autism". I asked him to read it for me. He did.

I asked him if he knew who has autism. No reply. He didn't know.

So why do I continue to talk about it?

And though I am relatively sure he does not understand, it is possible one day he may understand, or partially understand, but over and above all of that, if he were to hear "Autism" or "Autistic" elsewhere I want to be sure he doesn't think it something that is "bad" or "wrong with him".

I don't and will not harp on it - I don't feel the need to have those long heart - to - heart flowery discussions about it. He is happy, he knows he is loved. I will continue to mention it from time to time when the occasion arises, just so the word is recognizable to him and just in case he should ever wonder. If there comes a time when it seems that he might need to know more then I will try to explain it a little more in-depth or try to come up with a different way, but for now, he seems just fine knowing what he knows and that is really all I want.

I wish I had a better answer for the people who asked...

Originally Posted on Wordpress
Posted by Vickie at 9:46 PM