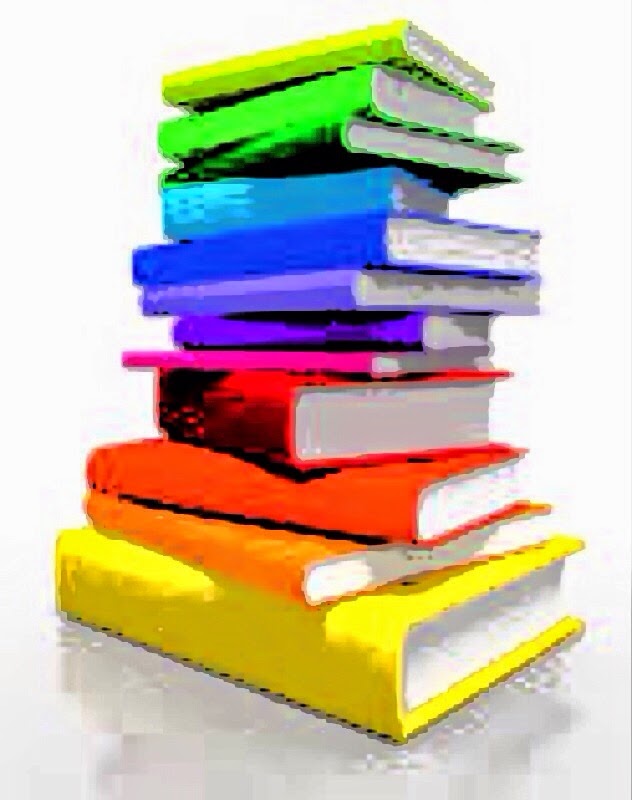 Finally our Town scheduled a “Big Trash” pickup. These pickups used to be an annual event – when I say “event”, I mean an “event”. It was as if a newsletter went out to all of the surrounding towns and as soon as one piece of “big trash” hit the curb, the caravans of cars and pickup trucks descended. DC and I moved to this town 20 years ago, for the school system. At the time this town had the best special education  program in the state. We moved here from a relatively big city, where to be honest, I thought I’d seen everything, until “Big Trash Day” came around, that is…….. I had never seen anything like this… but I digress.
Due to budget cuts, “Big Trash” pickup went from every year to every other, then finally there was no pick up at all.  This year, the town decided to schedule a “Big Trash” event in April. It has been about 5 years since the last one.
As many of you know, DC loves books. His favorite activity is going to the bookstore. I’m sure he averages 3 or 4 visits per month. This means we have hundreds of books squashed in our little house. He has so many, that I really can’t keep track of what he has. If he’s picking out a book at the store, I don’t really remember if he already has it at home and he really doesn’t care if he already has it. Obviously if it is a Disney book, I know he has at least 4 or 5 versions of the particular story but I really can’t remember if he has the version he wants to buy…..or……… I know he HAD it at one time, but we may have gotten rid of it during the last “Big Trash” event. Needless to say, we end up with many duplicates.
His books and his DVDs are two things I will never be able to keep tack of.
Because DC “edits” all of his books, they really can not be donated. They are just unreadable to anyone else but DC. 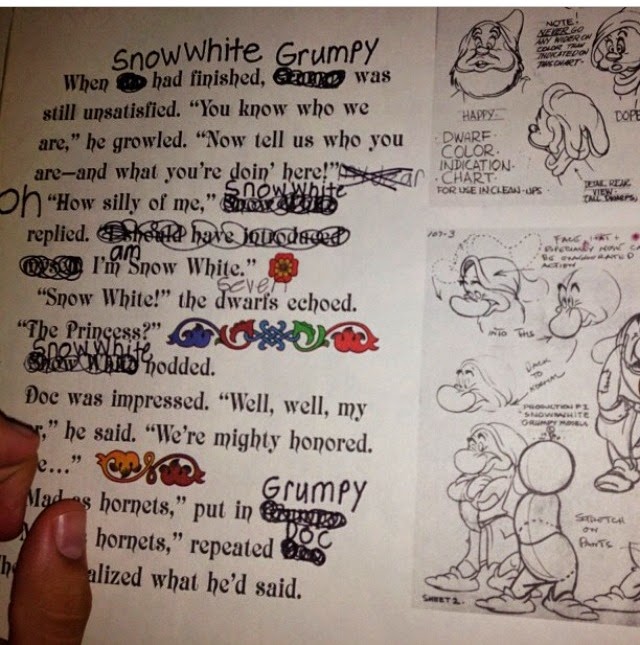 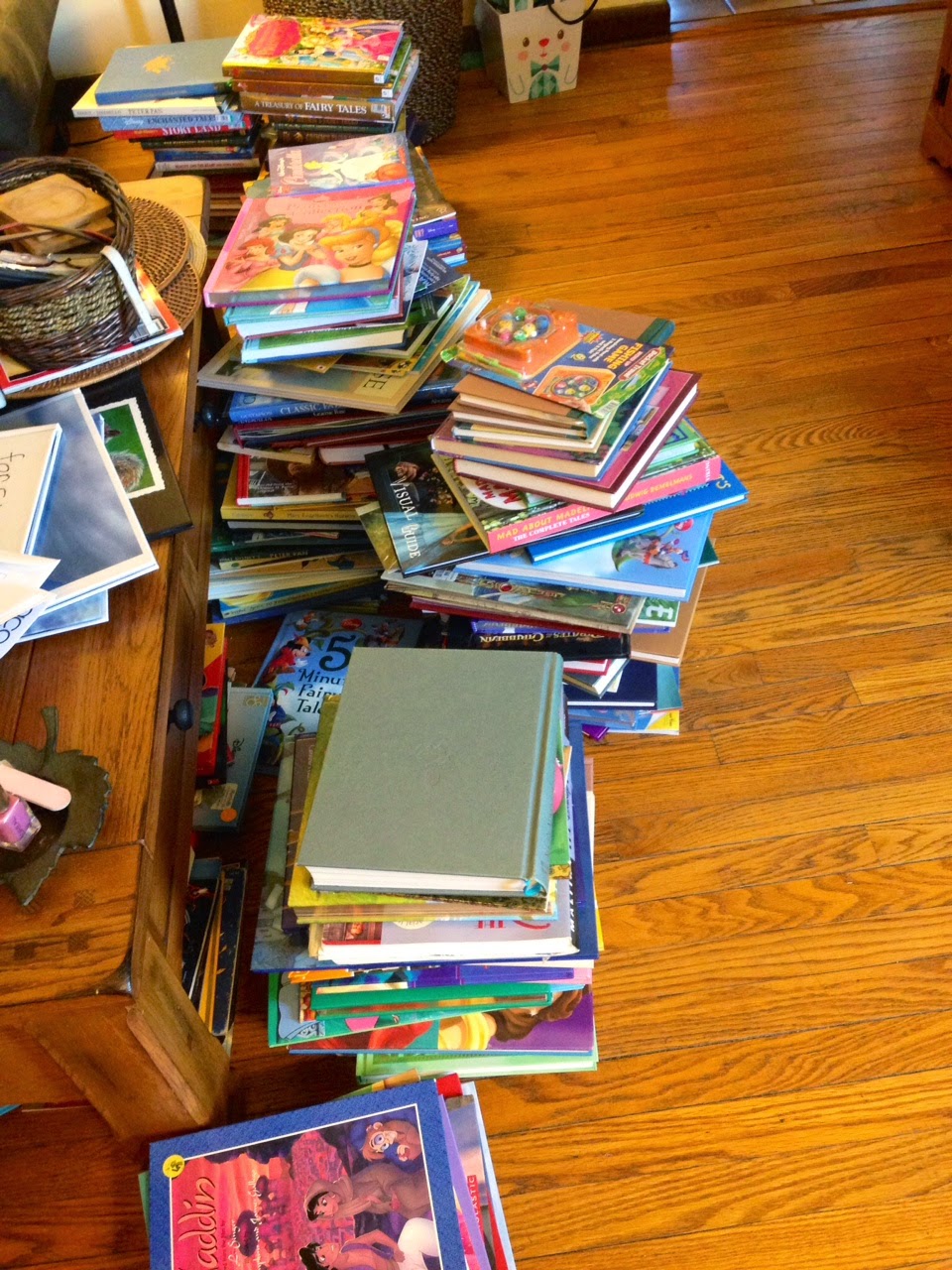 We did it! I told DC over and over again how proud I was of him, so he wouldn’t start getting anxious about all of the books that were going away and because I WAS very proud of him for agreeing to get rid of so many! The following day, Doug came over and hauled them all outside. When DC came home from his Dad’s on Monday morning in time for his transportation to work, they were all gone, so he never gave it another thought.
No worries, though. He has plenty of books left to edit and I assume he is already plotting the replacement all of the books that went away with nice, new clean versions to edit all over again.  These shelves will be over flowing again in a few months time. 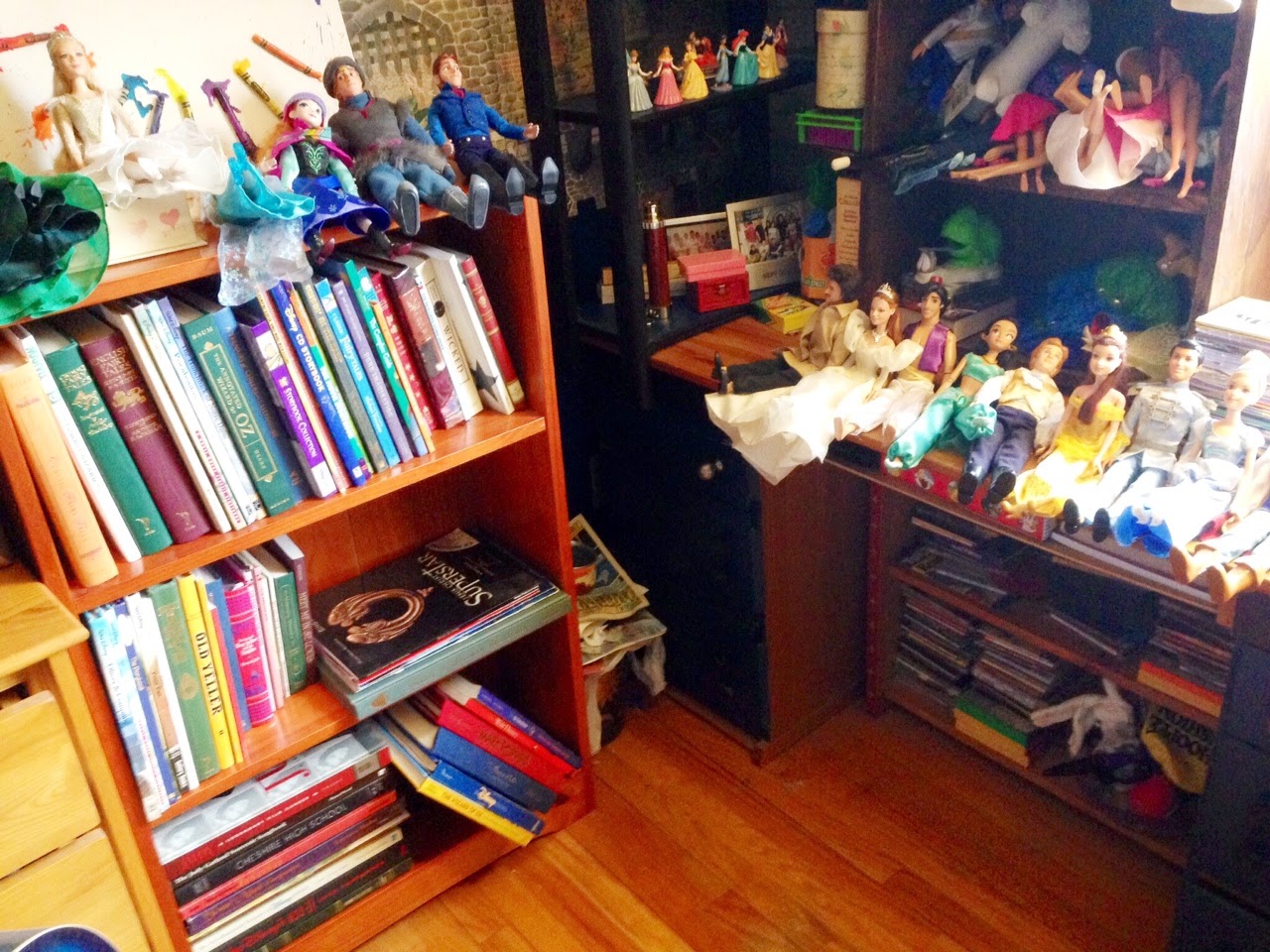 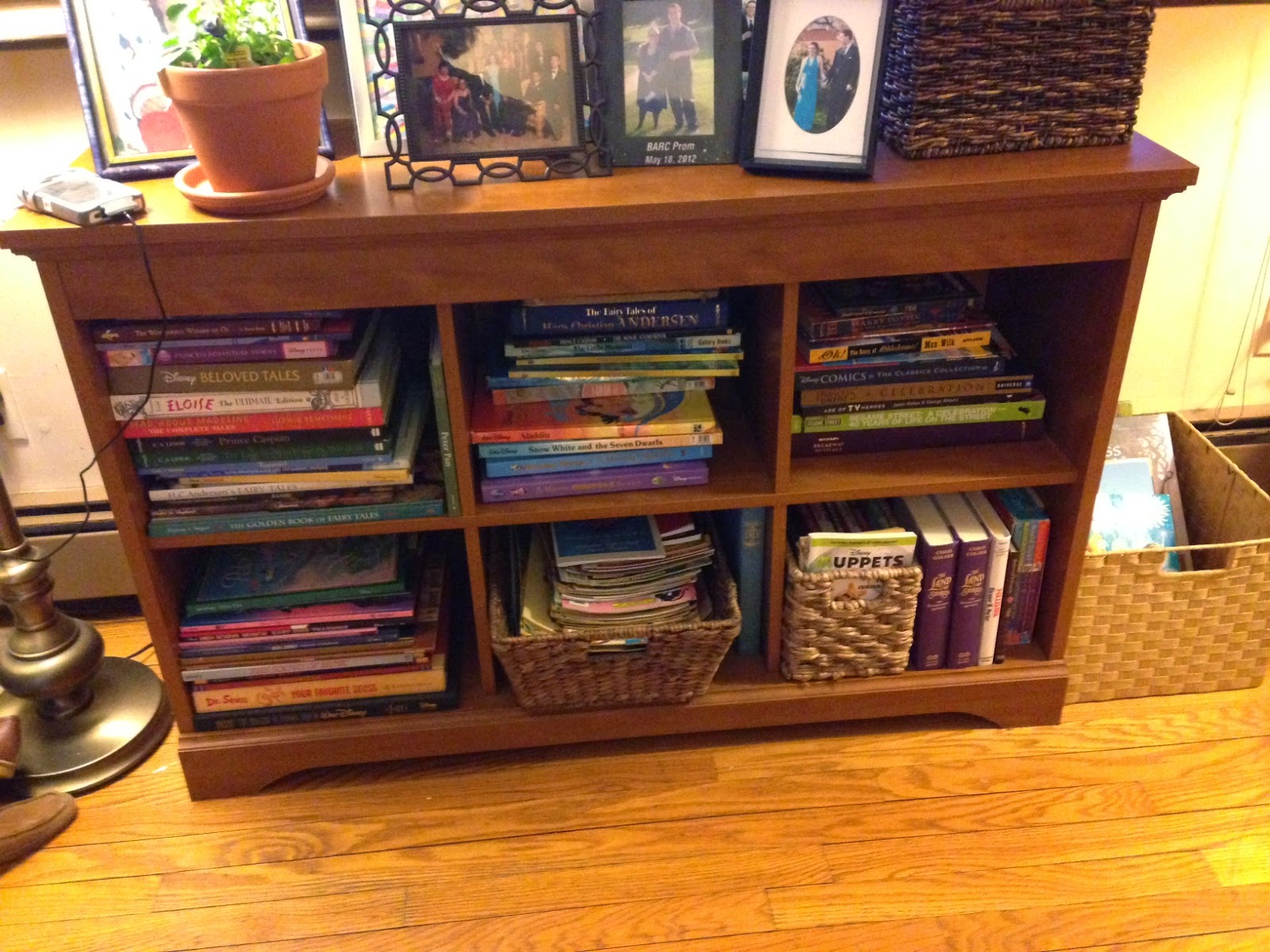