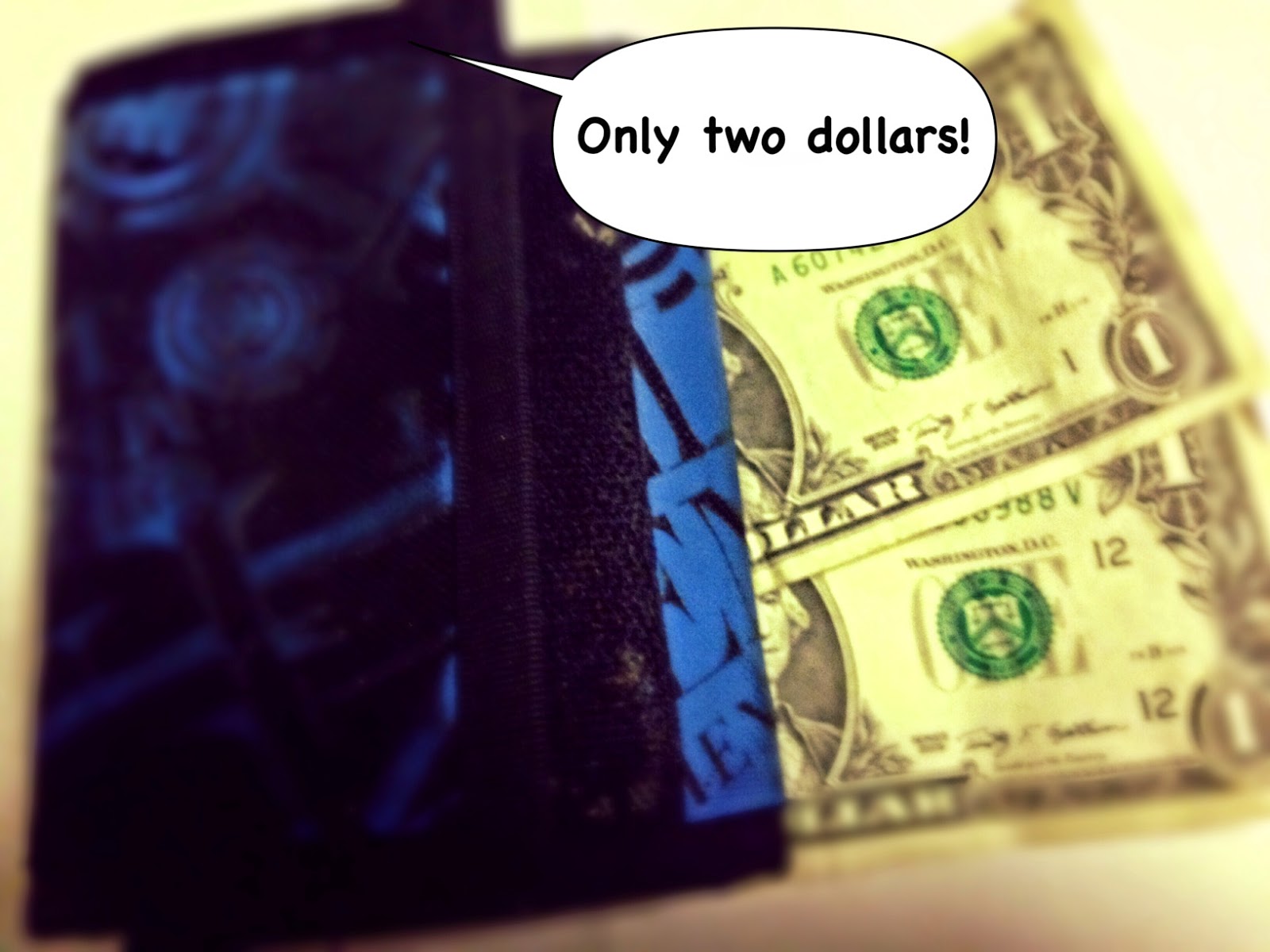 Many of you may know that DC is obsessed with food. He has breakfast and he is already worried about lunch. After lunch we move on to:
"Dinner is later after that" - he always seems to add "after that" when he talks about "later".
He must give me his breakfast order before he goes to bed every night. There is never anything different about his order from one night to the next, but he feels compelled to tell me every night before he goes to bed.
There were a few times (very few) when DC forgot for one reason or another, to remind me of his breakfast order before he went to sleep. On those occasions, he came into my bedroom to wake me  up in the middle of the night so that he could give me his breakfast request.
Most days, when I get home from work DC does not even say hello. He gets his wallet, holds it open and says "Only two dollars". This is his way of telling me that he wants money for lunch at work the following day (and for some reason, there always seems to be two dollars left in his wallet).
His only concern at that moment is his lunch the next day.
My reply is usually "Hi, Mom! How are you? Did you have a nice day?" - at this point he realizes that he did not even say hello before asking for money, he says hello, but then gets  right back on the subject at hand - his wallet.
We run through this same routine very often.....
.......................until the other day, that is.
DC came over to me, with open wallet in hand, as usual.
But instead of telling me that he only had two dollars, he ran through every greeting he could come up with all in one sentence as if he was just trying to get it all over with. It was such a monotone, run-on delivery, that it took me a second to understand what he doing:
"Mom, how are you feeling, hello, nice day, yes, nice to see you, good day, happy, hi there"-
Then when he ran out of random greetings......
"Mom, only two dollars"

Originally Posted at Wordpress
Posted by Vickie at 5:34 PM