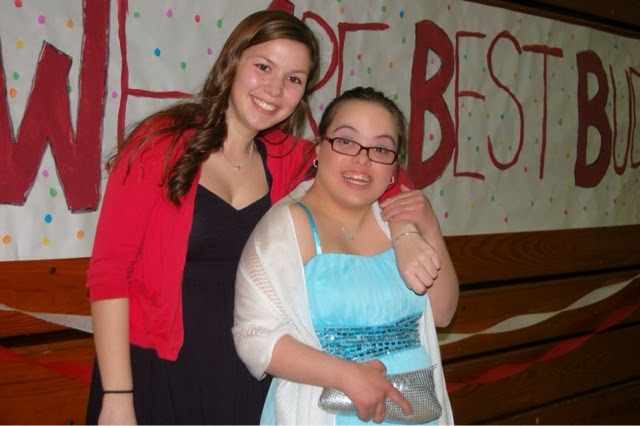 In 1992, when Sami, who has Down syndrome, was 18 months old, her father, Rich, was the Senior Producer for the Sony JumboTron in Times Square.  He began producing a series of spots to raise awareness and acceptance of people with Down syndrome to run on the JumboTron during Down syndrome awareness month.    He continued to produce these PSA’s on his own until 1994, when he contacted Emily Perl Kingsley.

Emily is an Emmy award winning writer for Sesame Street, the author of a wonderful essay entitled “Welcome to Holland” and a personal friend of Big Bird.  She also has a son with Down syndrome.

Emily Kingsley immediately saw the value in what Rich was producing and through her contacts involved NDSS.  Together they produced spots which included children with Down syndrome from all around the country.

The response was overwhelming!  All of the featured children and their families from 25 different states came to New York City to view the spots on the JumboTron in Times Square.

As there was so much interest that year, NDSS held an event in Times Square where all the families could gather to watch the video. A wonderful reception followed at Sardi’s for all the families that made the trip.

In 1995, as a result of the success of this event, the NDSS Buddy Walk was born. Again families gathered in Times Square to watch the presentation and then headed up to Central Park for the Buddy Walk.

This year Sami, now 22 years old, returns to the Square for the event that was created because of her and the love of a father for his beautiful daughter. 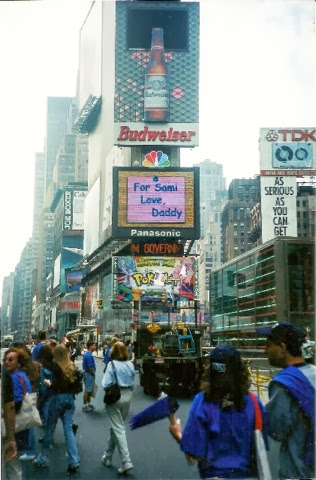