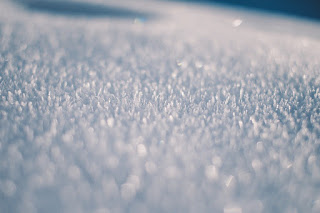 January seemed to go on forever for most people this year.
January was a very long month for DC as well.
I honestly can't tell you why but we are very glad for it to be over.
As you may or may not know, stick on mustaches are one of DC's ways of fighting anxiety. (see: Let DC Be DC) They are also helpful in displaying his mood to the people around him.
*****


He wore a mustache most of the month.

But on the flip side, he also diverted from his Disney obsession and opened himself up to a 'new' story.

DC has just discovered Henny Penny (or Chicken Little). He was/is always particular about what he reads or what is read to him so it should not be surprising to anyone that he had never heard this story before - it's not Disney or anything related to Disney.In the never ending battle to slow him down at the Library (he races around knowing exactly where the 4 or 5 books that he wants are, without wanting to try anything different) his aide tries to read a story to him while they are there. Yesterday it was a story that is included in one of the books that DC always takes out but is skipped over due to the many other recognizable stories in the book - Henny Penny.
He listened under duress at first, but then because of all of the rhyming names, he thought is was just hilarious. He came home and read it to me again (laughing all the way through).
And yes...... He's found it on YouTube - January 22, 2020

and a few new television shows....

This IS a big deal. DC never seems interested in anything on TV. If a movie comes on that I know he loves, he normally refuses to watch it on TV, but will go to his computer and watch it there WHILE it is playing on the television.

The television shows that he does like are normally older series like Full House and The Brady Bunch. It is not very often that he asks to watch something current. (Over the years he has discovered The Big Bang Theory, New Girl and How I Met Your Mother, mostly because the actors are in movies or older television series that he likes. (See: Everything is Related)


We will not miss January but there were some "new discoveries" made by DC and that is always good.

************************
In case you are new here: “I tell stories, most of the time; single individual stories about this or that. Some may be written with humor and some may come across as “Oh, look at the cute thing DC did or said” (he does crack me up at times) but my object is always to make people understand how his mind works, never to "make fun of him"

It is difficult to explain “his” autism to anyone without resorting to 1000 examples and 1000 stories. So I tell 1000 stories to make clear that there are other sides to autism than the characters seen in TV or movies."
This blog is used for shorter posts, off topic posts and also for longer Face book statuses. Please visit my official blog site at: Taking it a Step at a Time