Library, Yoga and a Change in the Routine

I have always tried NOT to make everything in DC's life a routine. Obviously things like school and work have to be routine, but I do really try not to have a routine for everything. As it has been only he and I for most of his life, not having a lot of set routines was/is easy. I did not have to work around or worry about other people, just us.
It has helped him be a little bit more flexible when things don't go as planned, get cancelled or just change. This is not to say that he does not make up his own routines in his head and that he does not get upset when things change, but he does not get AS upset as he once did.
When we had to move one of his two library days due to a yoga class that he started taking, it wasn't a big deal.
It always seems to be the little things that throw him..... 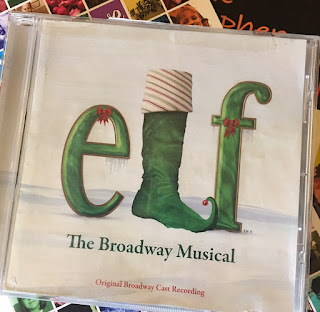 On Tuesdays, DC stays after work for yoga. Tuesday is also library and grocery shopping day (some of the life skills that he and his staff work on). His staff picks him up at yoga.
Before yoga started, he would take his transport home first to get his list and library books but since yoga started, it is easier to go directly to the store without coming home. DC being upset one day when his other aide had to bring him to an appointment without stopping home because he did not have a CD for the trip, now remembers to pack a CD in the morning before he leaves for work on yoga day.

Library has been moved to Wednesdays for yoga season because although he will pack a CD, he did not want to pack all of his books ahead of time - they must be moved to the kitchen chair in the morning before he leaves, not go into his backpack.... period. This morning he also thought ahead and packed his shopping list so they would not have to stop home after work!!!!!!
He remembers the CD because it is for him. He moves his books to the chair because that is all about him. When we go on vacation, he does not think ahead about what clothes to bring but he remembers every bit of technology, DVD's and everything that goes with it. This is the first time he has actually planned ahead for something that doesn't directly relate directly to him!

*****
After a morning of battling over clothes, DC went off script and apologized "for the pants" when he called me from the car after work. I was leery of the same battle starting again the following morning but he seemed fine until it was time to go out to the car.

Running and repeating "I 'gotta' hurry", when he doesn't, usually means he's getting agitated.
I waited at the door for him to get to the car and run back, which is what he does when he can't get a grip in the morning.

He didn't. He got in the car and closed the door!

The car started pulling away - stopped - and pulled back into the driveway.
Driver: (opening his window) "He wants a hug"
Me: "??????" (thinking maybe he realized he hadn't hugged me when he left; I went to the car)
DC Jumped out and said "Lie-ber-ary Books!" (con-artist)
<Friday is Library day at different library than the Tuesday Library day >
Me: "Ohhhhh, so you didn't really want a hug!"
He hugged me to make it look good while asking for the Library books....

He ran into the house and came out without any books!

I assumed that once he got into the house and calmed down, he realized that he really did not need to bring them....
He was fine and they drove away. When I got back inside I realized that he did not want to take the books at all. He had forgotten to move them from "Library Book Pile" to "Library Book Chair" before he left....
#AllThingsInTheirProperOrder 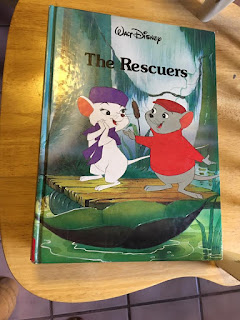 This blog is used for shorter posts and also for longer Facebook statuses. Please visit my official blog site at: Taking it a Step at a Time