File under: “Rules I thought I would never have to make”

As promised in "Looking Handsome in the Princess Room" here is the story about the next time DC met Snow White.

Right around this time last year we decided to go on a Disney Cruise. DC as you can imagine, was very excited. He loved the cruise, the shows, the mountain of bacon he tried to sneak every morning and of course, the characters on board, specifically the Princesses.

This particular evening we had just met one princess and were about to get in line for "Alice" when the boy that was managing the line told us that Alice was almost finished and ready to leave. We went and stood where DC could at least see her and explained that she was leaving soon so he would not be able to meet her. The "Line Manager" who must have been watching DC when he met the previous princess and also saw how excited he was just looking at Alice, came over to us and told us that Snow White was due out soon and he had arranged it so we would be second in line to see her. First in line would be the family of the woman who was playing Snow White (shhhh! I didn't say that!).

After everyone cleared away, he put us and "the family" in line. DC was over the moon and she hadn't even come out yet!

I think we have been to Disney every year - or close to every year since DC was 7 but he is always just as excited to see the princesses as he was the very first time. The "Line Manager", between dancing up and down the line, stopped to talk to DC a few times. He was getting a kick about how excited DC was.

Finally she came out. We waited through the family visit and pictures and then it was DC's turn. I took my regular position with the camera and Doug stood off to the side a little bit.
DC was having some sort of conversation with Snow White while I was taking pictures. 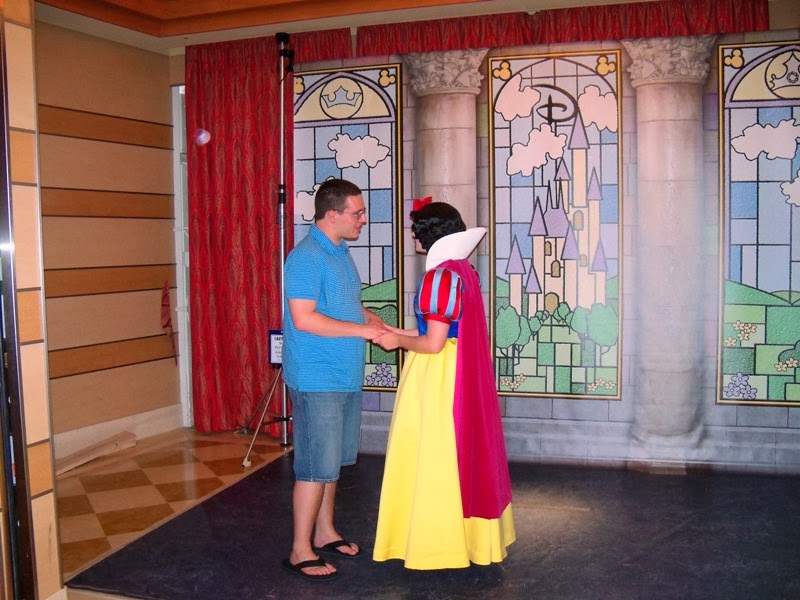 Next he gave her a huge hug, she seemed okay with that. 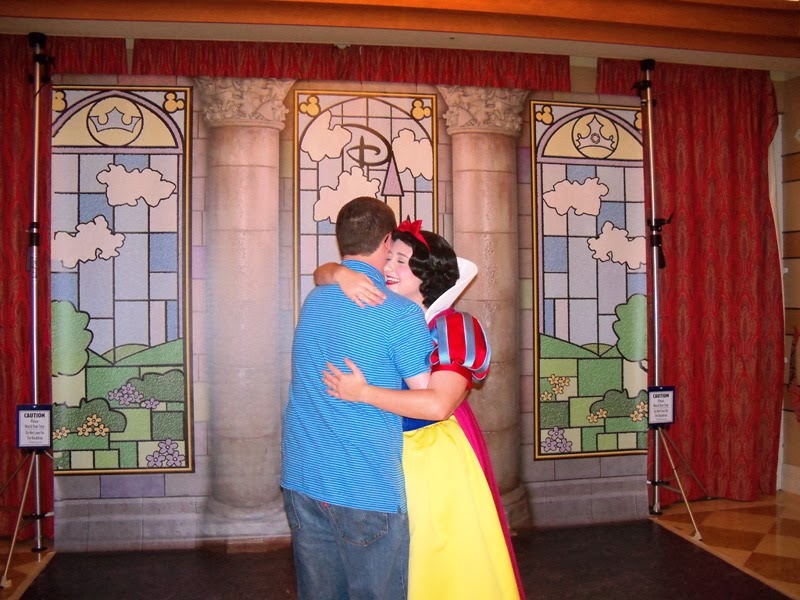 He got so excited, he picked her up and swung her around in a circle like a rag doll!
Did a get a photo? no… a video? no. We (the “Line Manager” included) were all too busy charging the little stage area because he was not letting her go!

I have to hand it to Snow White; she stayed in character the entire time!

Obviously, he was not trying to hurt her, it was just a very exaggerated hug!
Snow White was fine - everyone was fine. We got our picture and left the area, but I felt it was necessary to make a new rule;

"YOU CAN NOT PICK UP THE PRINCESSES"

I didn't realize that the same people play the same princess parts for the duration of the cruise until a few nights later when we went to the Princess Room to see 4 princesses. I realized that it was the same Snow White. Oh boy, I was sure she was going to get security for DC’s visit.

When we got to the front of the line, the “Line Manager” from the other day was also there.

I said that I was sure that he did.

He turned to Snow White and said “Snow, do you remember DC?”

Snow White said “Oh My yes! You are very strong!”

I told both of them not to worry, we have a new rule and DC will not pick her up and spin her around.
DC walked up to Snow White and said

That was a complete surprise to me and  Snow White seemed to think it was cute. She told him everything was fine.
He proceeded to “Apolo – gize” to every other princess in the line. They all accepted his apology even though the rest of them had no idea what he was “Apolo – gizing” for.

I’m sure they were all informed later……..

The rule has been altered a bit since then. Now, anytime I know that we are going to meet anyone that he will be excited about,  I ask:

I think that should cover it. 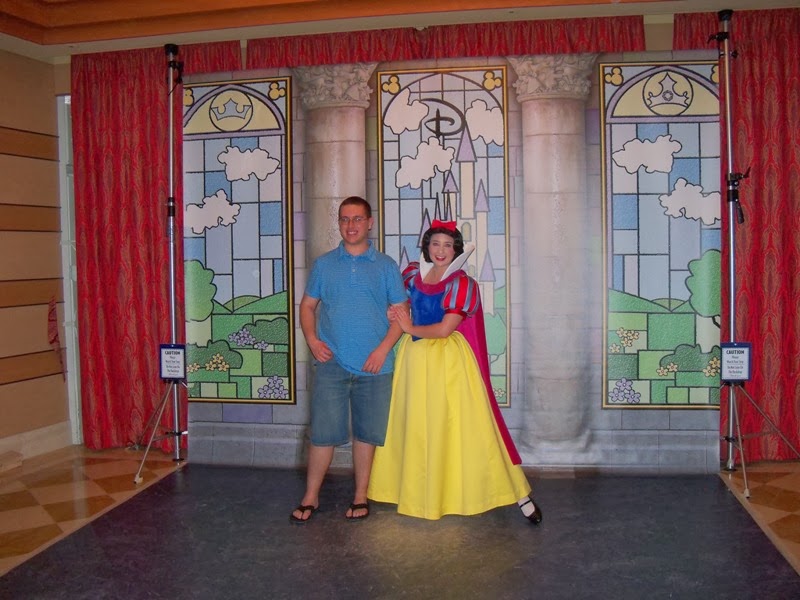 There is another story about this vacation and I will get to it one of these days.