The 10 things I hate more than anything. 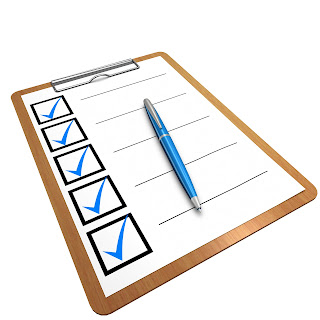 This is going to be easy and maybe a little nit-picky. Allergy season has just reared it's ugly head and I am crabby (I have a much better word, but I will try to be nice).
Ten things I hate more than anything else?  Maybe not. Certainly 10 things I hate more than anything else recently...  some more shallow than others and in no particular order.

1. Allergies: Mine have gotten worse over the years and nothing seems to help. I tried Zyrtec last year but after reading Kenya's post, I stopped taking it immediately. Because we had nothing but cold and snow (3 times just last week) I was not ahead of the game and in a preventative frame of mind...
Now I am sure I will die before the Flonase starts to work.

2. The Group Text: The friend that texts you and 28 other people at 7:00 AM just to say "Happy Whatever Holiday" it might be - There is a way to opt out of the 28 replies (or how ever many chose to reply through that text instead of  replying via a NEW text to just the sender) in Facebook messenger, but if it's just a regular text, text - there is no way to do that.

3. Hot Flashes: I am DONE. This is cruel and inhumane.  12 years of no sleep. 12 years of being drenched in sweat 24/7. Thousands of dollars spent on cooling pillows, blankets, ice packs, portable fans. No Sleep - did I mention that? I NEED Sleep!

4. Volunteers: People that volunteer for the wrong reasons - especially with my son and others like him. I originally gave this particular volunteer the benefit of the doubt and thought that maybe she was shy. But after looking at the whole picture.... no, that wasn't it at all.
I just wrote about this last week, so this is just an excerpt:

A shy person would say hello. A shy person might maybe look in his general direction once in a while. A shy person would at least acknowledge his existence. She does none of those things.... not one. If you were there to see this, you would understand that this is NOT just a case of her wanting to spend time with her friends.She treats him as if he does not exist, as if he is not a person.You have to wonder what motivates her to even volunteer with this team.Common courtesy would motivate a person to at the very least,  say hello. Apparently some people do not see our children as real people. This is a problem.

Doug works as a job coach in a transition program. Like the program that DC attended through our school system (18-21) but located at a local college, the program Doug works for is also through that town's school system and is located in their local college. Doug will also volunteer his time to DJ dances for his students.A little while back, while on our way to one of DC's events, I asked him how the dance went the night before. He said that it went well. Then he began telling me that one of the college's sports teams had to do some community service hours - I thought he was going to say that they volunteered at the dance, but no.They opted to have dinner with some of his students in the cafeteria before the dance. Basically, they took 45 minutes < Insert Sarcasm Font> out of their busy day to have dinner in the cafeteria with these kids <End Sarcasm Font>.So........ having dinner with one of our kids is now considered community service???I wonder if there will be a video?

6. Meatloaf: We talked about this a few weeks ago - Hate it!

7. Weight: Mine! We've talked about this as well. Some of the difficulty in losing any of it may swing back to the whole Hot Flash section, but it is never not on my mind. I am uncomfortable all day, every day. I have gained and lost weight plenty of times over the years but never anything like this. I have not even come close to anything like this since I was pregnant with DC when it was like someone gave me a license to eat. I gained the whole 25 lbs. allowed for the entire pregnancy in the first 4 months. By the time I was through, I had put on 60 (maybe 70/80) pounds. Now, in my defense - when I was pregnant I worked for Baskin-Robbins in the office in the plant where they made and shipped the ice cream. The production guys would actually ask me what flavors I wanted in the lunch room every day (Be nice to the pregnant lady). There is NOTHING like the tubs of ice cream that have just come off the line. Nothing. Trust me.
I have no excuse this time around except "Oldness".

8. Telemarketers:  (I was just reminded about telemarketers so this list item has been edited) The only people who call on my landline are my mother and DC's father, every other call is a telemarketer.
I am being traumatized by my phone. My cell is worse and I feel as if I have to answer because I have a child with autism and a seizure disorder. How could I not answer?
The worst thing about these telemarketers is that they call my son's phone a good twenty times a day (no exaggeration). He barely understands how to use the phone and these people are just proving to confuse him. He gets so many calls and texts that I am sure that his number was on a list that was sold by our provider to these companies. I had to put his phone on Do Not Disturb, which was the last thing I wanted to do because I want to be able to reach him when I need to. There is a setting to allow calls from the people in his contact list but what if something happened and I had to call him from another phone or something? Why does something as simple as a telephone have to be this difficult for him?

9. The Pile: The pile of mail and forms and things that I have to fill out or things that I'm not sure that I should throw away. Fortunately there is only DC and me that have to sit at the kitchen table or we'd have to get a bigger table. (It's not just the table that is cluttered. You can not imagine how much paperwork one has to fill out and save when your disabled child becomes an adult. I don't know where people put all of this stuff.)

10: Shredding: Rather; emptying the shredder. This may circle back to the piles of mail on my table. I will go to great lengths not to have to empty the shredder.

Bonus: I also hate how I can not spot my own typos. When I proofread, I find myself not reading what I typed but "reading" what I know it is supposed to say instead of paying attention to what it does say. I miss a lot. Since I wrote this rather quickly and do not have time to proofread even once, I am apologizing now...

********
This has been a Finish the Sentence Friday Listicle. 10 things I hate more than anything hosted by Kristi Campbell of Finding Ninee and , Kenya G. Johnson of Sporadically Yours.
*****
This blog is used for shorter posts, off topic posts, for longer Facebook statuses and apparently complaints about dentists and doctors :) . Please visit my official blog site at: Taking it a Step at a Time