The Call to Action - A Memorial for Avonte 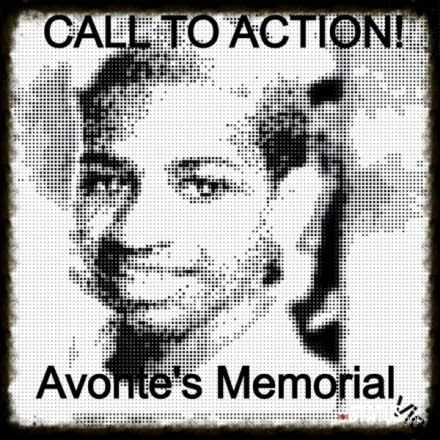 It has been close to 10 months since Avonte Oquendo left his school, unsupervised, past security guards, through an unlocked door. It has been almost 7 months since the devastating conclusion to the search for Avonte.

I do not live in New York, I did not know this beautiful child. I do not know his family, but this story hit he straight in the heart and I did anything I could do from where I live to help in the search. I remember the fear, and the worry, wishing I could do more than just donating flyers, postage or posting and reposting his information –  and finally, I remember the heartbreaking, overwhelming and shocking feeling when he was found. All of it……… too close to home.

When Gizelle contacted me a few days ago asking if I would help in the effort to build a memorial for Avonte, all of those feelings came right back up to the surface.

As it has been said, Avonte, brought an entire city together. His disappearance brought an often, very separated Autism community together. It cast a spotlight on the problem of wandering/elopement of Autistic children and adults.  He has raised awareness to the issues that many families face in trying to keep their children safe. Our children should be safe, at all costs…………. Avonte should have been safe in school.

- Avonte Oquendo should me memorialized, in any and every way possible.

Please read below and lend your support to Avonte’s Memorial

- “The one year anniversary of Avonte’s disappearance, October 4, 2014,  is less than three months away. #AvontesLaw may finally pass this week, but Avonte’s Memorial at Gantry Park  has stalled.  We need to come together to be sure that both of these items are approved.

That being said, we ask that you to share, post, call and write (have your friends and family do the same) the necessary people who can help make this happen.
Please e-mail, mail, tweet or phone your thoughts to every major network, radio station, newspaper and magazine.
Ultimately, Mayor Bill de Blasio will be the person to approve or not approve, therefore, let us post to the other media entities but more-so to the mayor’s office. I have provided the contact information for his office, Twitter and FB Account.
I would like to thank everyone in advance!
It has also been rumored that a song will be released on the anniversary day as well”.
Contact:
Mayor Bill de Blasio
City Hall
New York, NY 10007 Phone: (212) 788-3000
On-Line Contact Form: http://www.nyc.gov/html/static/pages/officeofthemayor/contact.shtml
Twitter: @billdeblasio
FB: https://www.facebook.com/mayordeblasio
New York City Media Contact List  http://www.nytix.com/Links/TV/articles/newsmediacontacts.html

Please let us all join together once more in Avonte’s name and memory…………
Posted by Vickie at 8:54 PM