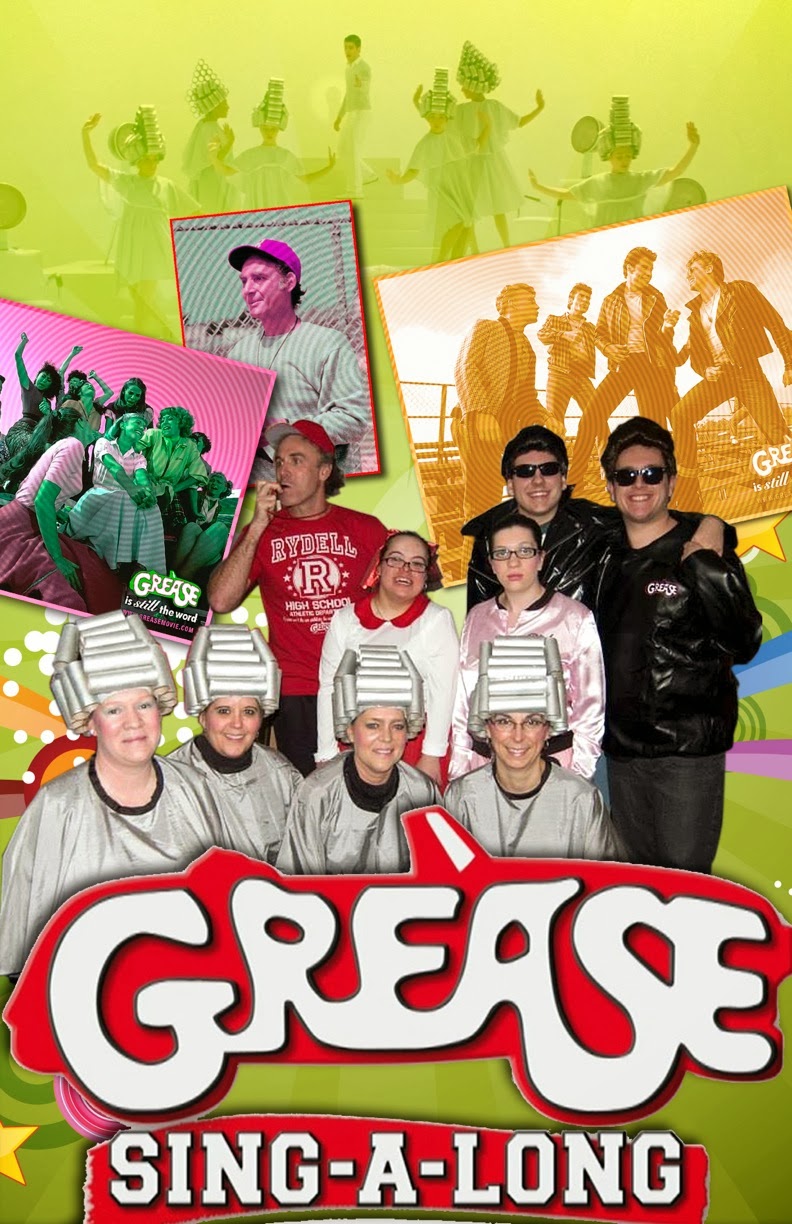 These Kids Rock! They really do!

That was originally all I intended to say. I wasn’t really considering writing about this, but……. as I was thinking about just how proud I am of each and every one of them and just how much DC and his friends just rise to the occasion and always have a great time together,  I just had to mention the fact that not only does DC have the best friends anyone could hope for…. I do as well.

As I wrote in an earlier post:
***I am fortunate to have friends that are willing to go all out for something that DC loves so much; we all took a line from that song and dressed appropriately for the Sing-A-Long. He and his friends had a ball and I think after the initial embarrassment, my friends did as well.***

DC and I are very fortunate to have these people in our life. I am not just talking about the sing-a-long we just attended, but in general, these people are just the best, THE BEST!

DC and his friend BB love Grease. BB is a long-time fan, DC became a fan because of him. When I heard the local theater had scheduled a Grease Sing-A-Long, I knew we just had to attend. Everyone agreed to attend and then I proceeded to harass them for months about costumes. I will admit that I can be a little bit high pressure when it comes to costumes (just a little bit), but I am sure they expected it and if they didn't, they put up with me anyway. I am sure the last thing the adults wanted to do was to wear a costume again (Halloween is over, can’t we get a break?) but they agreed.

But…. did they expect to be wearing toilet paper rolls? I doubt it. I think they actually thought I was joking when I first brought it up. They quickly realized that I never joke about costumes so the “roll collection” process began. BB and his Mom, Donna were not able to attend the Sound of Music event with us, so as BB was looking forward to wearing his “Grease Garb”, I don’t think Donna realized that she would also be in costume as well until about a week before the event.

We collected our toilet paper and paper towel rolls and headed to Toni’s house one Sunday afternoon. Toni being the craft genius and glue gun wizard, was able to figure out just how to do this.

Talk about “Above and Beyond”; she sat there for hours gluing toilet paper rolls to foam strips! All that we had to do was supply our heads. 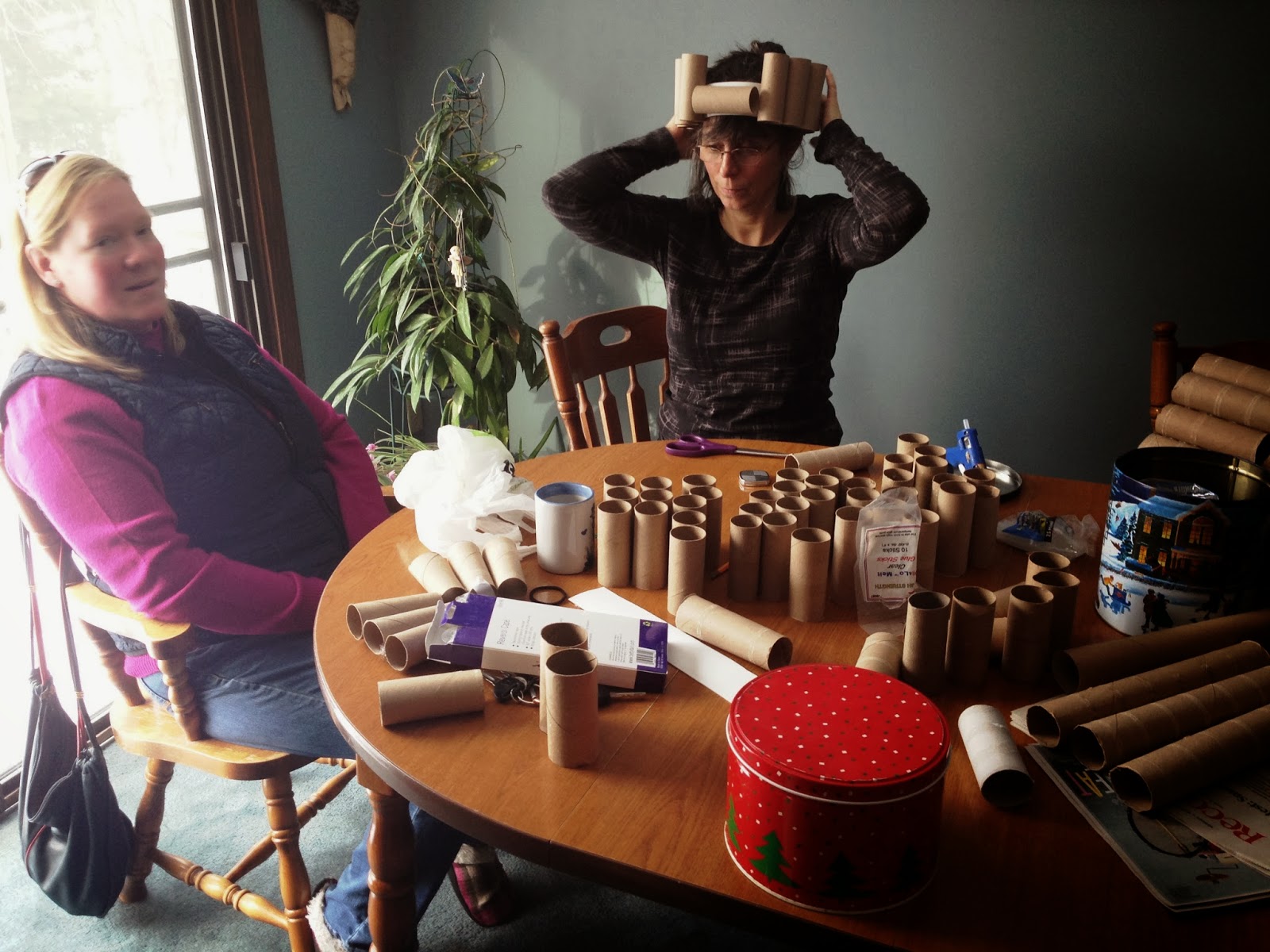 They looked fantastic! They were unexpectedly comfortable too!

We headed out to the theater on Thursday night in single-digit weather – not wanting coats to muck up the costumes – it was COLD! We had 10 seats in the first row of the upper orchestra section. Coincidentally a friend of mine had the rest of the seats in that row! Together, we made the best row of costumes there (my opinion only, but I firmly believe this to be true

We sang, we danced, we had many, many photos taken of us as a group and of us with strangers. We were interviewed and photographed by the local news paper. Those under the delusion they would not be noticed, were wrong.

The “kids” had so much fun singing, dancing and using the props provided by the theater. They just ate up all of the attention they were getting.

The adults had a great time, singing and dancing as well.. 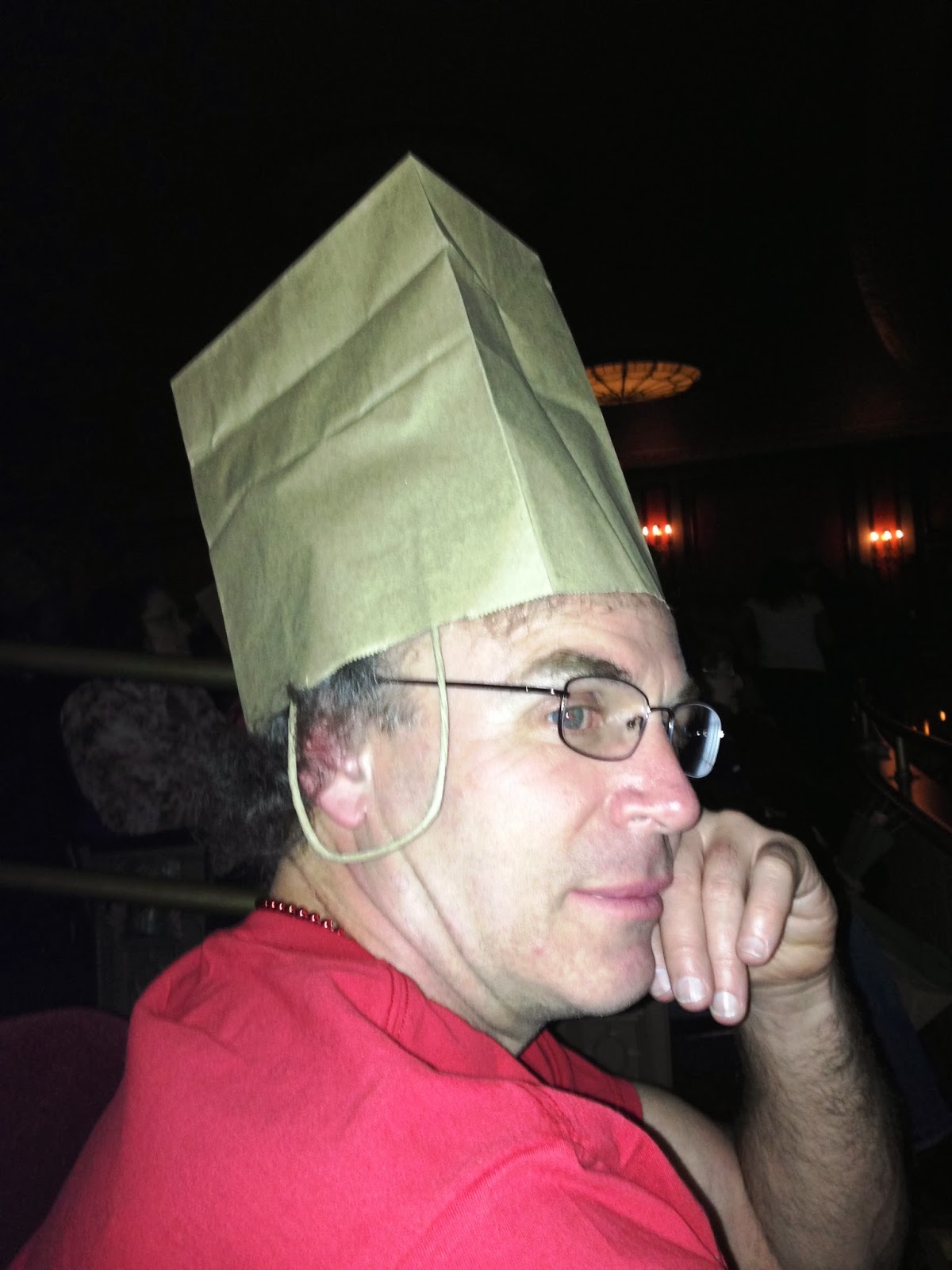 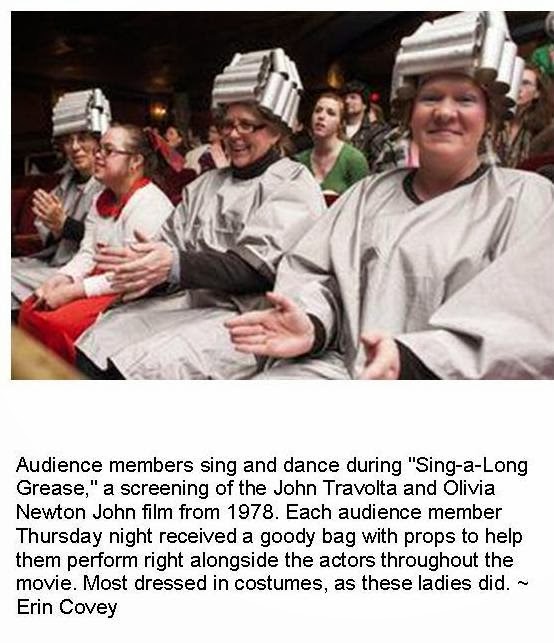 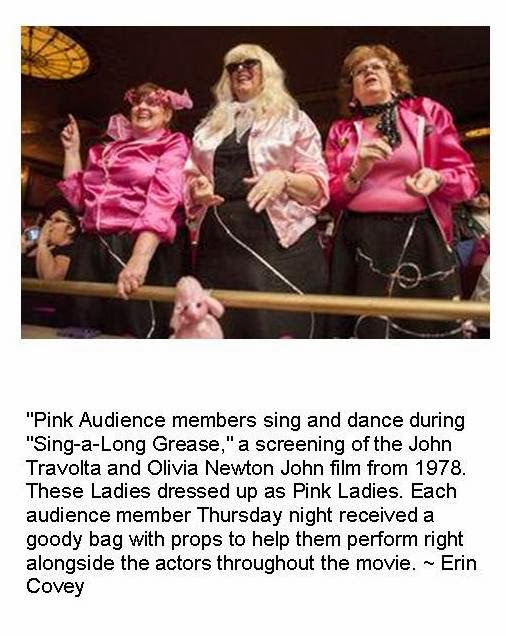 
BB and I - Video Interview
http://s1093.photobucket.com/user/vcdale/media/tasanotherstep/grease183_zpsf92cf855.mp4.html 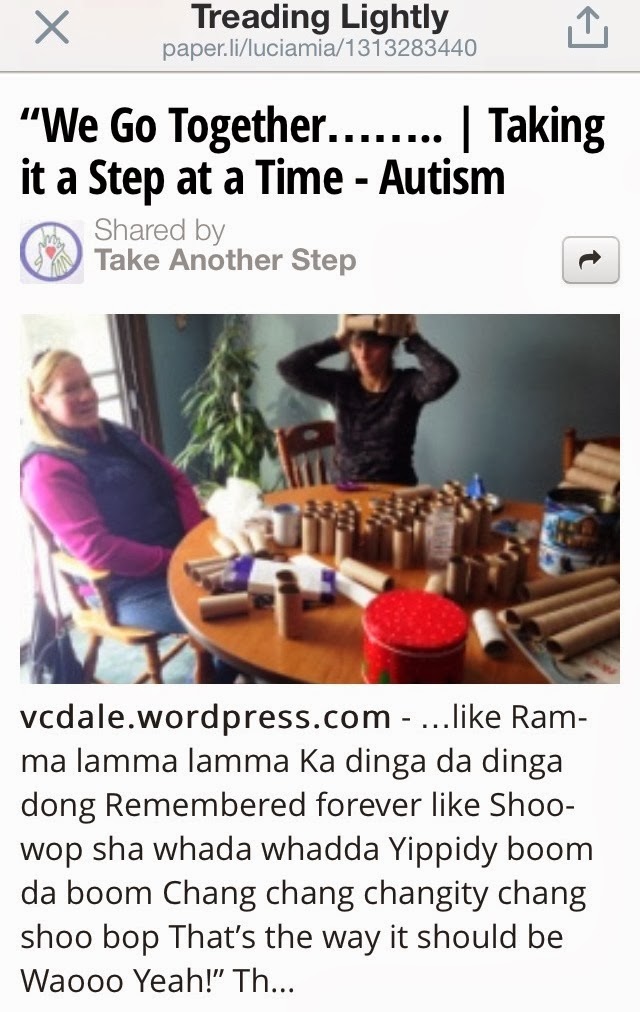 Those still under the delusion of anonymity, had that shattered when they were plastered all over the news on Saturday.
As the show was on a Thursday night and not on a weekend, we weren't able to go out to eat in full dress afterwards – this had to be some consolation to the adults anyway……
But all joking aside, we did have a wonderful time. I can’t say enough about all of them.

the truest measure of friendship….

Thanks to all of you!


*Thanks to my friend *Al at work, who always comes up with a fantastic photo of our outings